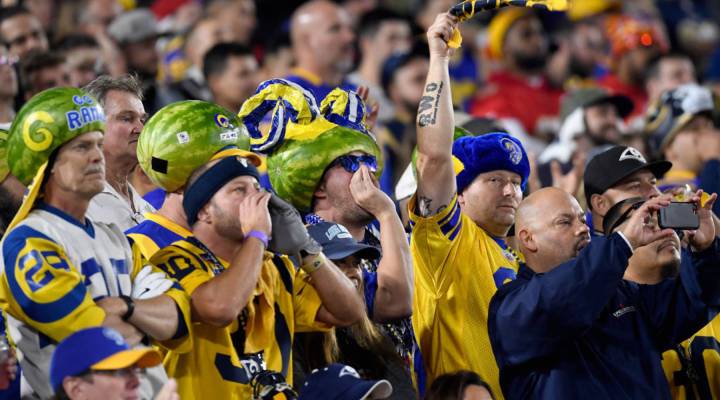 Daniela Montemayor stood in line among a crowd of people waiting for a table at the popular Mexico City restaurant, Lalo. She lives in Monterrey, Mexico and travelled to the capital city to see an American football game. The Kansas City Chiefs were scheduled to play the Los Angeles Rams at Estadio Azteca on Monday Night Football.

“My boyfriend is a huge NFL fan and so we were real excited and he bought us tickets,” said Montemayor. “We were going to go with two other friends.”

The National Football League cancelled the game because of poor field conditions, but the league has already announced another game to be played in Mexico next year. Growing a sport outside its home country can be tough. Montemayor was upset about the game’s relocation to Los Angeles, but said she’d definitely try to get tickets next year.

“I am willing to go because … if it’s true of the field, that was our fault,” she said.

Montemayor’s boyfriend, Fernando Torres, stood next to her in line. He said he’s been told that he’ll get a full refund for the tickets, but the entire experience has left a sour taste in his mouth.

“This is a precedent, right?” Torres asked. “If it was cancelled this year, what’s to say that, next year, the same thing doesn’t happen? It doesn’t look good for anyone.”

It especially doesn’t look good for the NFL, a league that is trying to expand its international fanbase by bringing teams to other countries for games. The league has played internationally since 2007, including three games in London this year.

“There’s nothing heroic about it,” said Mark Hyman, professor of sports management at George Washington University. “It’s definitely a business play. There are limits to the number of tickets you can sell and jerseys you can sell to Americans. And like all other professional sports leagues based in the U.S., [the NFL] is aggressively looking for opportunities globally.”

Hyman said the converse is happening, too. The English Premier League, one of the most popular soccer leagues in the world, is growing stateside. NBC said this year its soccer broadcasts reached almost 40 million U.S. viewers, an increase of 14 percent from 2017. 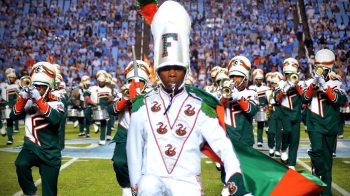