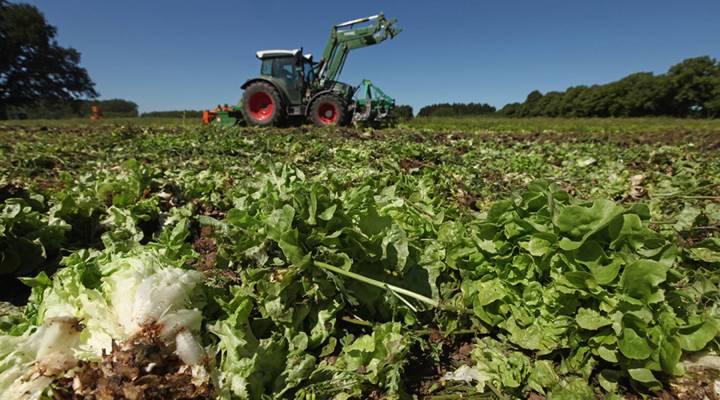 Do not eat romaine lettuce, any of it, from anywhere or in anything. That’s the message coming from the Centers for Disease Control and Prevention. More than 30 people in 11 states have been sickened by a type of E. coli bacteria that was traced back to the leafy green, but investigators are still searching for answers about the exact source of the contaminated lettuce.  In the meantime, the CDC is advising consumers not to eat it and asking retailers and restaurants not to serve any romaine lettuce until more is known about the outbreak.

The incident raises the question about why it is so hard to trace where E. coli outbreaks come from.

“If you think about the amount of data that it takes and the amount of effort in tracing what it takes to say, ‘Oh, right, this one head of romaine came from this particular sub fraction in a field,’ that’s really quite a task,” said Haley Oliver, associate professor of food science at Purdue University. “We’re improving those capacities but still not every system is as developed as we’d like it to be.”

Most of the romaine consumed in the United States comes from California and Arizona, but where that romaine ends up after it comes out of the ground is a different story.

“Some restaurant is getting romaine from a supplier, but then where does that supplier get it from?” asked Londa Nwadike, a food safety specialist who works with officials in Kansas and Missouri. “There’s probably some work that can be done to help improve the traceability through that chain.”

Sarah Sorscher, deputy director of regulatory affairs at the Center for Science in the Public Interest, said much of the onus falls to those selling the products directly to consumers.

“Getting restaurants and retailers to demand more information from their suppliers about where the lettuce came from is a really important step,” Sorscher said. “We have terrific technology now that allows retailers and restaurants to trace back their supply chains and know immediately when they’re serving a salad to consumers, exactly where that salad came from and the time that it made it out of the field.”

Sorscher, along with other food safety experts, sees blockchain technology, which allows all users to access continuously updated databases, as a way to make that traceability more transparent.

“We have some major retailers already adopting this. Walmart has required its suppliers to use blockchain technology,” Sorscher said. “They found in pilot studies, where it used to take them seven days to trace back step by step where the product came from back to the source, it now takes them seconds to do that and having more restaurants and more retailers adopting that technology is going to make it much easier for CDC and FDA and USDA to trace back outbreaks.”

Five people died earlier this year in an outbreak from contaminated romaine. The incident lasted from March to June and led to 210 cases in 36 states.