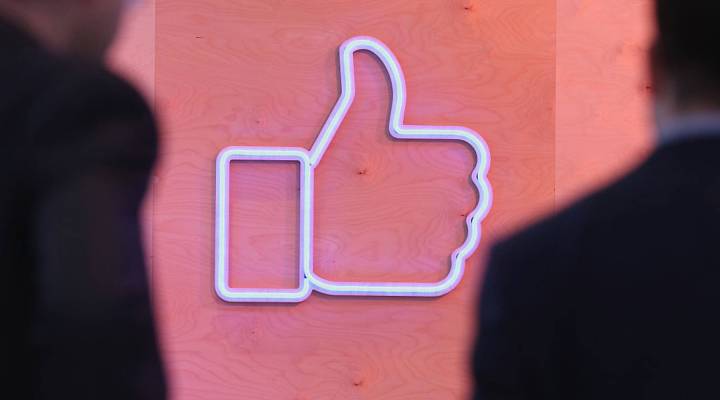 Before it was ever introduced to the world as the “like” button, Facebook developers had another name for it: the “Awesome” button.

“It’s one of those things that was lost in history,” said Soleio Cuervo, who helped design the feature about a decade ago.

He said before the blue thumbs up icon, designers experimented with a star symbol and a plus sign (those didn’t feel “Facebook-y” enough). Cuervo said the feature kept failing so-called Zuck reviews.

“We used to call it the curse of the Awesome button because the project felt a little bit cursed,” he said. “It just always seemed to get stuck in review.”

Cuervo, who now owns a design and venture firm, said that’s partly because developers were nervous that the “like” – or awesome – button would make people lazy and lead to less posting.

“There was a lot of concern internally that ‘liking’ was going to cannibalize engagement,” he said.

The developers were dead wrong.

“Rather than cannibalizing comments, it did the opposite,” Cuervo said. “It created an environment in which people were more motivated to leave posts.”

The “like” button officially left product purgatory in 2009 and, since then, we’ve seen iterations of the little iconic symbol all over social media. A huge reason for its success is because people, well, they like to be liked, according to Adam Alter, author of “Irresistible: The Rise of Addictive Technology and the Business of Keeping Us Hooked.”

“The experience of getting a ‘like’ is a lot like a drug taken by someone who’s addicted to the drug,” he said. “It’s just a massive dose of reward. It’s a huge boost to well-being.”

Alter compared the “like” button to playing a slot machine at a casino – you never know how well a post is going to do, so you keep going back.

“And that’s how the attention economy works,” he said. “It’s critical that people keep devoting their attention to that particular platform. Otherwise, it loses its key source of revenue.”

Money, he said, is not the currency here – our personal data is the currency. The more time we spend on the platform, the more data about ourselves we’re handing over to advertisers. And when we like things on Facebook, we’re making their jobs easier.

Say, I “like” Lady Gaga’s page on Facebook. By doing so, I’m very explicitly indicating my interest in her music, so it wouldn’t be surprising if I see ads for her concert on my newsfeed. That’s not an entirely new concept, said Sandra Matz, an assistant professor of organizational behavior at Columbia University.

“The new part is that we’re now taking those interests and behaviors and we’re translating it into psychological profiles,” Matz said.

Matz said that by tallying up all the “likes” an individual makes on Facebook, personality predictions become that much more accurate.

She said this idea of personalization “can have a very positive effect on people’s lives if it’s done right and if it’s done in a way that is more transparent to the user than we currently have.”

Because without transparency, that kind of targeting can exploit our weaknesses, she said.