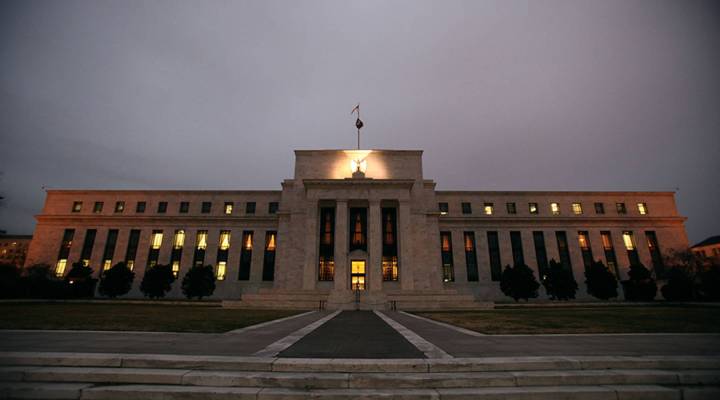 President Donald Trump is expected to announce a new Federal Reserve chair this Thursday. Jerome “Jay” Powell, a member of the Federal Reserve’s board, is seen by many as the leading candidate for the job. Marketplace host Kai Ryssdal talked to Victoria Guida from Politico about the incumbent chair, Janet Yellen, her record and her possible successor. The following is an edited transcript of their conversation.

Kai Ryssdal: You know how a lot of times when there’s a change in administration people start talking about it being the new president’s economy, whether it’s Trump’s economy, or Bush’s economy, or Obama’s economy, you know how that happens? So the real question for you is, how much of what’s going on in this economy in the last four years makes it Janet Yellen’s economy?

Victoria Guida: That is a great question. I think that there’s a considerable argument to be made that during her term she was one of the biggest drivers of the economy because one of the major choices that she made was not to raise interest rates until 2015. She continued to keep stimulating the economy even though employment had dropped below 5 percent. And I think that was a decision that seems to have paid off because unemployment continues to go down without prices going up very much. So yeah, I think that she had a really big impact on the economy.

Ryssdal: I wonder then, what your sense is based on your reporting, why it looks like she might be out of a job?

Guida: I think that the two main things that were driving his choice to not reappoint her were: (A) there’s a lot of opposition to her among conservative Republicans. And (B) he wants to have his own Fed. He doesn’t want to re-up somebody who was appointed by President Obama.

Ryssdal: Given that this is Monday, and your reporting and others says the decision could come by Thursday, before the president leaves on his trip to Asia. The front runner right now is a guy by the name of Jay Powell, currently on the board of governors. Give us the thumbnail sketch on him, would you?

Guida: So this is somebody who served under George H.W. Bush in the Treasury Department. His background is in investment banking and private equity. He was nominated to the Fed Board in 2012 by President Obama. Since April he has been in charge of regulatory policy at the Fed. He’s mild-mannered, consensus type of guy. It’s hard to find anybody who really strongly objects to him.

Ryssdal: With the caveat that the stock market is not the economy and the economy is not the stock market, obviously, I wonder how much the president is counting on a boost in the markets if he goes with say a Jay Powell or conceivably reappointing Chair Yellen, which is not out of the realm of possibility, and traders saying “Oh good, another steady hand for four more years.”

Guida: Right. It’s interesting because the president does seem to care about the stock market. He brings it up a lot.

Guida: But I don’t really know if that’s really the long term factor into deciding who’s going to be the Fed chair. I mean markets learn to live with whoever is in there. There had been some talk of it being John Taylor, which I’m sure markets would have, in the short term reacted negatively to. But once they got a feel for what he was going to do I’m sure that effect would have been exaggerated. So it’s probably not the biggest factor what he’s looking at.