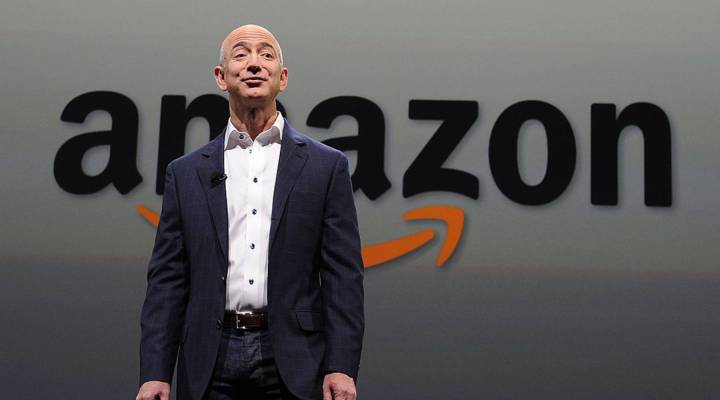 These specs can be found in the request for proposals that Amazon issued for a new, second headquarters. Places that wish to be in the running are invited to get in touch with Amazon by Oct. 19; a decision is expected next year.

Amazon CEO Jeff Bezos said in a press release that the new digs will be “a full equal” to its current Seattle headquarters, with as many as 50,000 high-paid workers and $5 billion in new construction and operations spending. Seattle’s headquarters has 40,000-plus employees, and the company said its business contributed $38 billion to Seattle’s economy from 2010 to 2016.

“Amazon HQ2 will be a complete headquarters for Amazon — not a satellite office,” the company said. Amazon expects to hire new teams and executives in HQ2, and will also let existing senior leaders across the company decide whether to locate their teams in HQ1, HQ2 or both. The company expects that employees who are currently working in HQ1 can choose to continue working there, or they could have an opportunity to move if they would prefer to be located in HQ2.

Competition is expected to be fierce among North American locations to land Amazon’s HQ2, with tax incentives and other perks on offer. According to 2016 U.S. Census Bureau data, there are 53 metro areas in the U.S. with more than 1 million people — from the New York area, with more than 20 million residents, to the Tuscon, Arizona, area (at No. 53), with 1.01 million residents in 2016. Amazon presumably will also consider major Canadian and Mexican cities.

“It certainly does seem strange” to establish a second, equal headquarters, said Peter Cappelli, a management professor and director of the Center for Human Resources at the University of Pennsylvania’s Wharton School.

Cappelli said there’s are good organizational reasons that every major American corporation he can think of has just one headquarters for its senior executives — a central location for solving problems and making decisions.

“The problem is, if it’s anything that needs to go to headquarters, it’s also the kind of thing that you need everyone at the top on the same page with,” Cappelli said.

But do they need to be in the same room? Or even the same time zone?

“Even in the digital age, physical location still matters,” said Mark Cannice, professor of entrepreneurship at the University of San Francisco. “The ability to walk into a conference room and meet with a senior executive is pivotal in getting things done in a timely manner.”

On the plus side, Cannice said Amazon will likely expand its access to top-notch employees.

“Amazon wants to take advantage of a dual location to double-up their access to human talent,” he said.

“You need diversity of training and backgrounds,” Schick said. “At some point, if a headquarters has its own gravity and can’t bring that in an optimal way, I think it’s interesting to explore.”

Equity analyst Tuna Amobi at CFRA Research said Amazon will face organizational challenges with two equal headquarters, likely in different parts of North America. But he believes that given the company’s track record managing meteoric growth and complex operations, Amazon is up to the challenge.

“Exponential growth — it’s a high-class problem to have,” Amobi said.