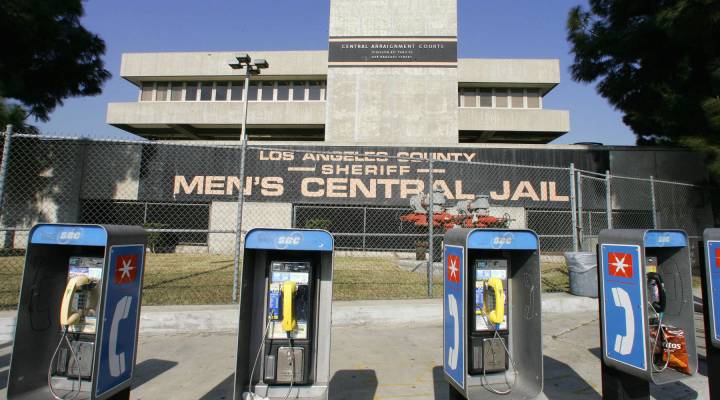 When we were talking about President Donald Trump’s new Federal Communications Commission head Monday on “Make Me Smart,” Kai and Molly ran down all the ways Chairman Ajit Pai could quickly change the FCC.

Before turning to net neutrality, we touched briefly on prison phone calls. They’ve been in the news this week, and for good reason: Phone service for the incarcerated is a complicated economic problem caught in a bizarre legal battle and the broader debate over prison reform. It’s also worth about $1.2 billion a year.

The FCC was sued when it tried to crack down on the charges for those calls a couple years ago, but in a letter late last week, Pai said his agency wouldn’t defend the new rules anymore. That made for a very confusing situation in court Monday.

“This case is really strange,” one of the judges hearing the case said. But the industry has always been strange. Here’s how it works:

Calls from inside state and federal prisons are run by a handful of companies, like Pay Tel Communications, ICSolutions and GTL (formerly Global Tel*Link). You might remember that last firm from its cameo on Season 1 of “Serial,” a podcast that hinged on calls to and from a Maryland prison. Those corporations win monopolies within prisons by offering a portion of their revenue to the state. These commissions can run above 90 percent in some places.

This system can stick the actual customers — that is, the incarcerated and their families — with huge bills. Charges vary depending on where you live, but according to an FCC filing a 15-minute local call could cost up to $25. The Verge has a detailed breakdown of this “reverse bidding” process and typical costs in each state. Most inmates’ families don’t have “Serial” money, and a few calls a week can add up to around $1,000 a year.

Prison phone service is far from a free market, and it’s further complicated by the politics of incarceration. AT&T provided phone service to all prisons until 1984, Cornell professor Steven J. Jackson wrote in this 2005 paper. At that time the market was small: Payphones were only installed in prisons in the ’70s, and before that inmates got at most one phone call every three months. The government broke up AT&T over antitrust concerns just as the War on Drugs brought in a crush of new inmates and a surge in prison construction. New companies like Pay Tel emerged to meet that demand and cemented monopolies through a system that was originally designed to increase competition, Jackson wrote.

Studies have shown prisoners who communicate with loved ones are less likely to commit more crimes after they get out, the progressive Prison Policy Initiative notes, but the push and pull between security and rehabilitation further complicates the economic relationship between prison, inmate and phone company. Automated security systems drop calls frequently, and users need to pay a new surcharge to get connected. That’s lead to investigations and sketchy charges around the country.

The FCC voted on new rules to cap charges in 2015, bringing the cost of a 15-minute call down to about $1.65 in most places. The phone companies sued, giving way to a lengthy legal battle and a stay on the cap. So inmates and families are still paying high prices as a federal appeals court tries to sort out arguments from phone companies, states, inmate advocates and, until last week, the FCC.

So that’s where we’re at. Got something to add, or questions about the situation at the FCC? Hit us up on the “Make Me Smart” website.