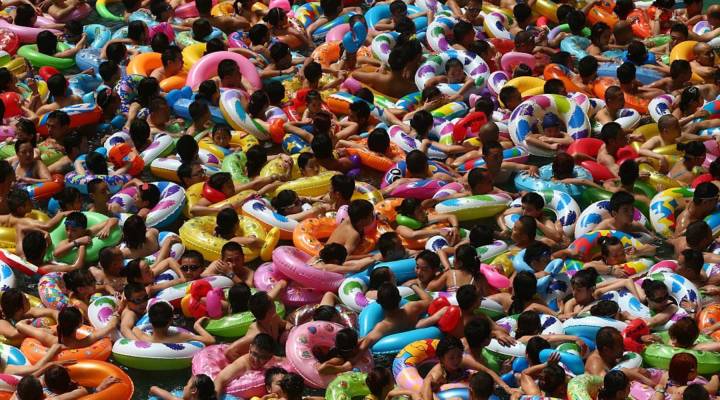 Welcome to the war of inflatable pool toys

COPY
STR/AFP/Getty Images
Brought to You By

Welcome to the war of inflatable pool toys

This summer is already the hottest on record and, for some folks, that means lots of time spent in a pool. And what is quality pool time without some inflatable pool floaties? Unfortunately for one pool toy company, a season that should be a boom is turning out to be a real bust. BigMouth Inc., a manufacturer of floating doughnuts, pineapples and flamingos is claiming that the companies Floating Panda and SoloFleet have been selling similar pool toys. BigMouth filed complaints earlier this month in a Connecticut federal court, along with counterfeit and copyright claims with Amazon.

To find out more about this pool toys showdown, we spoke with Polly Mosendz wrote about the inflatable pool toy battle for Bloomberg Business. Click on the audio player above to hear the full interview.

On why the complaints were filed:

This person who owns BigMouth, he is saying that these people are making fake BigMouth floaties. BigMouth is a really recognized floatie company, they have deals with all the major retailers, so he’s saying that other people are trying to knock off their name and their look, which has become iconic over the last couple of years.  It’s basically a twofold complaint. One side is: what does the packaging look like, what does the flamingo look like, and did they steal it? The second half of this is what barcodes they’re using. With Amazon, you have something called an ASIM (Amazon Standard Identification Number). It’s basically a unique identifier, and if that number is being used by someone who isn’t the original product holder, in this case BigMouth, then they complain that this is fraud in some way.

On how Amazon handles counterfeit complaints:

The problem with Amazon is that they don’t want people just filing these counterfeit complaints against people that are their competitors. There’s a whole process you go through. You have to report that it’s a counterfeited good. You have to have the good in your hands and you say, “this is a problem, I’m issuing a report,” and then Amazon begins their own investigation. So they’re very diligent, which can be frustrating for someone like the owner of BigMouth that wants to bring these complaints. But it also makes sense for Amazon because they don’t want to close the account of someone that’s actually a legitimate seller, just because they’re imposing on someone else’s business.