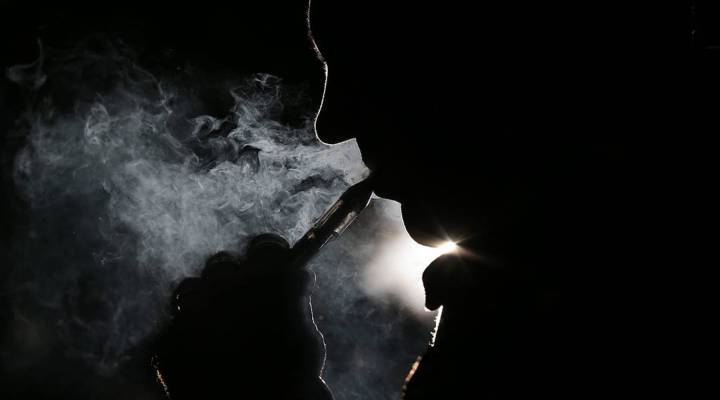 The Food and Drug Administration came out with new rules today that extend its authority over tobacco regulations to all related products, including e-cigarettes, cigars, hookah and tobacco pipes.

The rules, which take effect in August, are retroactive. Products out in the market now will have to go back and get approval from the FDA. Companies will have a two-year grace period, with an additional year if needed.

The implications for the growing electronic cigarette, or “vape,” industry could be big. Industry insiders claim the new rules could force many shops, which often also manufacture e-cigarette products, and manufacturers to go out of business.

In addition to requiring approval of products, the FDA’s new mandates also prohibit sales to minors.

At one ‘vape’ shop in New York City, the Henley Vaporium, owner Peter Denholtz said he was concerned about the new rules. “They’re 499 pages.” he said. “It’s going to take a while before we really understand what they mean.”

Denholtz’s attorney Phil Daman is concerned that the regulations are so onerous and costly that many shops and manufactuers will eventually go out of business.

“If you’re selling … multiple kinds of vaporizer s… each one of those … has to apply for pre-market approval … and that’s going to cost significant dollars,” Daman said.

Exactly how much those costs will be is guesswork right now. Estimates have ranged anywhere from a few hundred thousand to multiple millions of dollars.

Advocates of the new rules say they are needed to help stem what appears to be growing use of e-cigarettes by young people, who are getting addicted to the nicotine-containing versions of the devices.

“There may be a perception [among young people] that the products are safer, because you’re not burning tobacco like you would with a cigarette,” said Maggie Mahoney of the Tobacco Control Legal Consortium, which works with public health departments.

The FDA says its new rules will help change those perceptions. Health and Human Services Secretary Sylvia Burwell addressed that element in an online video message this morning: “Consumers will gain access to information, and risks associated with these new products will be clearer and easier to understand.”

But the e-cigeratte industry is likely to challenge the FDA’s rules both in court and in Congress. Daman is in an industry coalition that he says has been planning for years to address this kind of regulatory hurdle.

“We feel the FDA has overstepped its bounds … and we would expect legal action to be forthcoming,” he said.