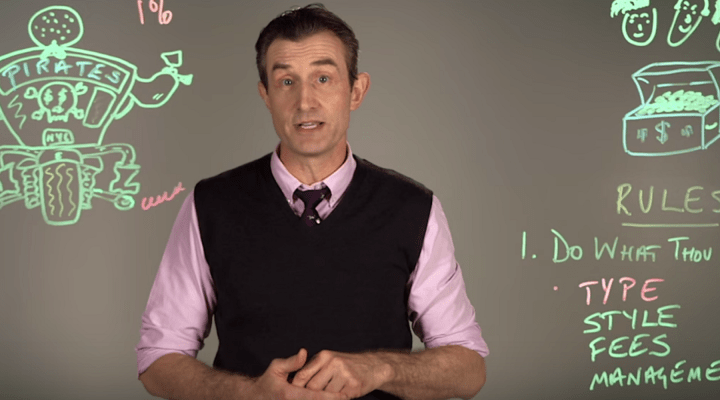 What exactly is a hedge fund, again?

What exactly is a hedge fund, again?

Correction: the above video states that hedge funds are unregulated. This is not correct. There are regulations governing hedge funds, including rules covering fraud and reporting large positions. You can read all about them on the Coalition of Private Investment Companies website.

As you can see, those rules make hedge funds very lightly regulated, compared to most other investments. That’s what I should have said in the video, and I apologize for my overstatement.  As the SEC puts it: “…hedge funds are not subject to some of the regulations that are designed to protect investors….Hedge fund investors do not receive all of the federal and state law protections that commonly apply to most mutual funds.”

As for comparing hedge fund managers to outlaws…perhaps that’s a little unfair. Although I’m sure that hedge fund manager Tom Hudson would appreciate the analogy. If any members of the hedge fund community are upset, I assure you my intention is merely to have a little fun, not to seriously accuse any hedge fund manager of habitually breaking the law. If I have offended you, I’m sorry.

Now, back to the story, which is that  investors could soon be given the opportunity to pump their money into one of the most poorly understood investment vehicles out there: the hedge fund.

Ken Griffin, the manager of Citadel LLC, is considering taking his company public. This according to a report in the Wall Street Journal that cited “people familiar with the matter.”

The story may or may not be true, but it’s already generating a lot of excitement in the investor community. If Griffin does indeed decide to take Citadel public, the shares will almost certainly be much sought after. That’s because Griffin has brought Citadel back from the dead in a remarkable success story: In 2008, the fund was teetering on the brink of collapse; today it’s worth $26 billion.

But past performance is no guarantee of future returns, and potential investors in Citadel would do well to consider two things before getting all hot under the collar about this opportunity. First, do you know what a hedge fund actually does? Watch the short video above giving you the basics.

Second, do you know how well other hedge funds have performed once they’ve gone public? The answer is, in most cases, not that well. Take Och-Ziff Capital, which went public at $32 a share in 2007. Today the firm’s shares trade around $12. Or Fortress Investment Group, which also debuted in 2007, selling its shares at at $18.50. Today the stock trades for less than $7. Other big-name hedge funds have made their principals fabulously wealthy, but not their shareholders: Oaktree Capital went public in 2012 at $43. Today it trades in the mid-50s. Ares Management went public at $19 in 2014. Today it trades around $20. Apollo Global Management commenced trading at $19 a share in 2011. Today it trades around $20. Even the vaunted Carlyle Group looks pretty sickly. Its shares printed at $22 in 2012. Today they trade at around $26.

Many of these hedge funds are seriously successful, growing and growing year over year and (in some cases) minting money. The problem is that the shareholders don’t see much of that cash. Why? Because it goes to pay the executives and the portfolio managers. The scramble for talent in the hedge fund business is intense, and the business is risky. Combine the two, and it turns out they may not be such a great investment for regular folks after all.