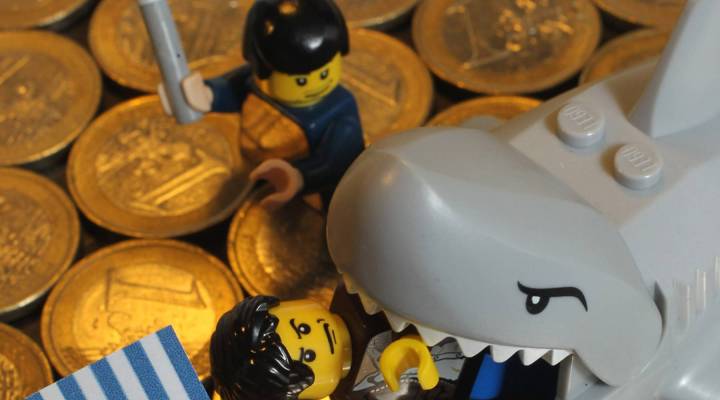 The root of Italy’s problems

The root of Italy’s problems

By now, lots of people in America could tell you a story about a family that bought too much for a house and paid the price. At first, it was impossible to tell. They lived in the neighborhood for nearly 30 years. They attended every neighborhood cookout, they were a pillar of the school support system, and they always seemed to live well, if not extravagantly. But one day the recession hit. And just like that, they were gone. Bankrupt, defaulted, done. Turns out they were all but drowning in debt. They were able to keep up the façade in good times when credit was easy to come by, but when hard times hit and credit began to tighten, it all came crashing down.

Italy is beginning to look a lot like on of those families. Debt has always played a large part in Italy’s life: the country has had a gross debt-to-GDP ratio of more than 100 percent since the ’80s. Today that ratio stands at about 135 percent. That last time it was that high was in 1993, when it interest rate was at 12 percent.

Let’s call our Italian family the Smiths. They borrowed a thunderous amount to buy a house back in 1993. The rate was 12 percent, but by living frugally, working hard and educating their children publicly, they were just able to handle the mortgage.

Then one day, in 1999, the Smiths’ credit score improved dramatically. Suddenly they were able to borrow much more cheaply. They refinanced into a 6 percent loan, which meant they had a lot more disposable income. Mr. Smith decided to use that money to send his kids to private school.

So far so good. Until the recession hits in 2007. Mr. Smith, like so many Americans, took a bit of a paycut. It wasn’t much in the scheme of things — just a few grand a year — but it was enough to upset the very delicate balance of his financial life. Suddenly he had too much in the way of expenses going out the door, and not enough money coming in. To keep paying his kids’ school fees and his mortgage, he burned through his savings, then maxed out his credit cards, until one day it was impossible to keep reality at bay. He simply couldn’t afford to live that way, so he defaulted on the house, and was gone.

Italy had a similar experience in 1999, when it joined the euro. That action drove down borrowing rates sharply, and allowed Italy to spend on much-needed social programs that brought life in the somewhat down-at-heel south of Italy in line with life in the highly productive north.  But now interest rates are rising, and banks are looking at Italy, and saying it looks a lot like the Smith family. The way it’s living now, it simply can’t afford to manage a stubbornly high debt load and keep all those social programs.

Its choices are stark. It could move to pay off some debt, but with cash barely flowing that seems unlikely in the short term. It could raise productivity through regulatory changes, but that will require the kind of seismic shift in the country’s systems that will conjure enormous resistance from interest groups. It could cut spending, but that will be unpopular with the Italian people.

The reforms that Berlusconi set in motion are aimed at regulatory change and spending cuts, but there’s no guarantee that his successor will be successful in establishing them. There is already a lot of talk in Italy and throughout Europe about the failure of democracy that the eurozone crisis has wrought, and there is a danger of a backlash against these appointee leaders that have no mandate from the people. If Monte, Papdemos et al. overstep any elections result, there’s a danger that people could vote to leave the euro. And leave a once verdant and happy neighborhood blighted with foreclosed homes.