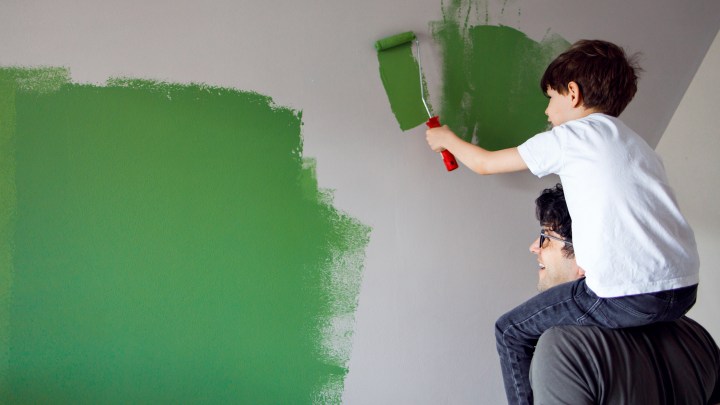 COPY
Looking for paint in a deep color? That could be a problem. Georgijevic via Getty Images

Looking for paint in a deep color? That could be a problem. Georgijevic via Getty Images
Listen Now

In 2021, “Marketplace” host Kai Ryssdal spoke with Ryan Amato of Ryan Amato Painting in Easton, Pennsylvania, about paint shortages. Back then, there were multiple factors that caused a strain on the paint supply chain, including the deep freeze in Texas, which affected resin, a raw material used in paint. A year later, Amato says not much has changed. The following is an edited transcript.

Kai Ryssdal: So it’s been a year since we talked to you about the great paint shortage of 2021. Still happening?

Ryssdal: Give me some for instances. Like if I need — so this is dead serious question: My house needs to be painted. We’re calling the guy today. Is he going to tell me, “I’m sorry, it’s going to be an extra 27% because I can’t get paint”?

Amato: He’s going to tell you that that paint has significantly went up in price. It also depends on what colors you choose. So that’s been our main issue, the type of color and the type of paint you want to use.

Ryssdal: What about red? I need red outside paint.

Ryssdal: So can we break this down for a minute, right? Because obviously, paint is chemical and there’s a bunch of inputs to it. Is there something specific in the supply chain that’s the choke point? Or is it just everything that goes into a gallon of paint?

Amato: It’s been certain resins. We’ve felt it more on our commercial end. So when we’re painting stores, or industrial facilities, epoxies. They have been some major issues for us, where we’re scrambling to find materials from every different vendor. What we found and heard from all of our large suppliers is they’ve prioritized their core products, but it left us with a shortage of some unique products — clear coats, oil-based products, anything with solvents in them.

Ryssdal: Speaking of shortages, let me ask you about the labor market. Do you have enough people to hire to do the painting that you can do with the paint that you have?

Amato: We have been very fortunate. We’ve actually doubled our team. We have not seen that on our end. However, again, with the paint shortages, we’ve seen it on drivers delivering products inside the paint stores, just people working behind the desk. So that’s been another issue that just adds to the issues with the supply chain.

Ryssdal: Have you had to raise pay?

Amato: We’ve certainly raised pay to keep our staff well trained to bring people in. Some people are getting very significant offers out there from other companies with many, many different types of bonuses to sign on, heavy, heavy, long vacation times to start. And that’s been hard for us because we’re pretty much a small business.

Ryssdal: When you say you’ve doubled your staff, how many does that give you now?

Amato: We are about 30 painters. We’ve added another project manager and we’ve added an operations manager, finally.

Ryssdal: Well, that’s good, right? That’s got to take some load off you as the guy in charge.

Ryssdal: How long do you expect this lasts, Mr. Amato?

Amato: I actually talked to some of the vendors before we hopped on here today, and they feel that they’re very well equipped for, again, the core products. They were all hoping that demand was going to lessen and it would give them some time to catch up. That just has not happened. It hasn’t happened on our end either. Demand’s been strong for us since the pandemic started. They do still feel it’s going to be a certain amount of time for all the other products that we do use, especially epoxy. That’s been an issue.

Ryssdal: As far as you’re concerned, though, I mean, just on that whole you know, “You guys have been busy since the pandemic,” that’s gonna keep on going for you. You’re expecting that?

Amato: We do expect it. Our company in particular, we’re very aggressive. I try to stay on top of the market. Facility and commercial work has just opened up, and it feels like people are spending money for sure.

It’s getting more expensive to build a house