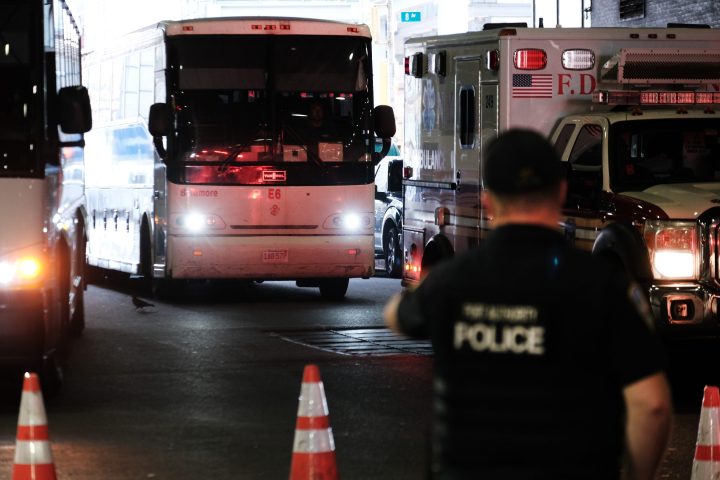 The governor of Texas is sending migrants who are detained at the Mexican border to sanctuary cities by the busload, with Chicago being the latest metro area to receive them.

Many of these men, women and children have already been processed as asylum seekers or are awaiting decisions on their status.

But getting them from border areas to those cities is a pretty expensive political move.

The Texas Division of Emergency Management said the state has spent more than $12 million busing more than 7,400 migrants to Washington D.C., New York, and now Chicago.

“That’s only the buses. They still have to hire a security detail company that is also charging them money,” he said.

“Because everyone’s saying you’re gonna get a free ride. I mean, there are free benefits. They’re gonna put it on their social media networks, that look, if you’re gonna go into the U.S. best go to Texas because Texas will give you a free ride,” he said.

And that’s great for some who may have headed to cities like New York, anyway. But others may have family in Texas and want to stay.

Gov. Greg Abbott said he’s trying to bring attention to what he calls a crisis at the southern border. And the state’s attorney general said Texas spends more than $150 million to house detainees every year. But it’s unclear how much of that money actually comes from the federal government.

New York has been welcoming to the buses, but Muzaffar Chishti, a senior fellow at the Migration Policy Institute, said that sentiment could wear thin.

“We frankly don’t know how that welcome will last given that these are reasonably expensive services and shelters and then employment referrals and health care needs,” he said.

And, he said, those services could eventually put a real strain on New York City’s resources.