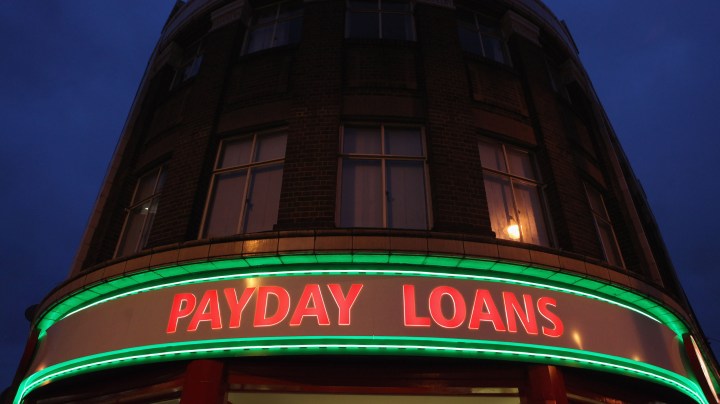 COPY
A new report from the Joint Economic Committee in Congress finds that Black, Hispanic, and poorer Americans are much more likely to be considered "unbanked" or "underbanked". Oli Scarff/Getty Images

A new report from the Joint Economic Committee in Congress finds that Black, Hispanic, and poorer Americans are much more likely to be considered "unbanked" or "underbanked". Oli Scarff/Getty Images
Listen Now

Black and Hispanic Americans are more than twice as likely as white Americans to be unbanked or underbanked, meaning they either don’t have a bank account or mostly use things like check cashing services or payday lenders.

Low-income families are more than six times as likely as wealthier families to fall into those categories. People of color and low-income people are also more likely to not have a credit score, according to a new report from the Joint Economic Committee in Congress.

“Usually people are unbanked or underbanked because they don’t have enough money to have a ‘free checking account,'” said Mehrsa Baradaran, a law professor at the University of California, Irvine. “Most checking accounts have a minimum account balance, which, if you go under, you will get charged.”

A lot of people can’t afford to leave hundreds of dollars or more just sitting in the bank, she said.

“The other problem is, there’s a lot of communities in America that don’t have a bank branch that is close to them,” according to Baradaran.

One way to help more low-income people build credit histories would be to expand the kinds of transactions that factor into credit scores, said Quiñonez.

“For example, you know, making payments on your rent or paying for your cell phone or your other utilities,” he said.

Quiñonez said he’d also like to see banks offer more products like checking accounts and limited credit lines that are specifically geared toward low-income people — one where people don’t have to pay just to keep an account open.

“You could have a checking account product where it does not have overdraft fees, for example,” he said.