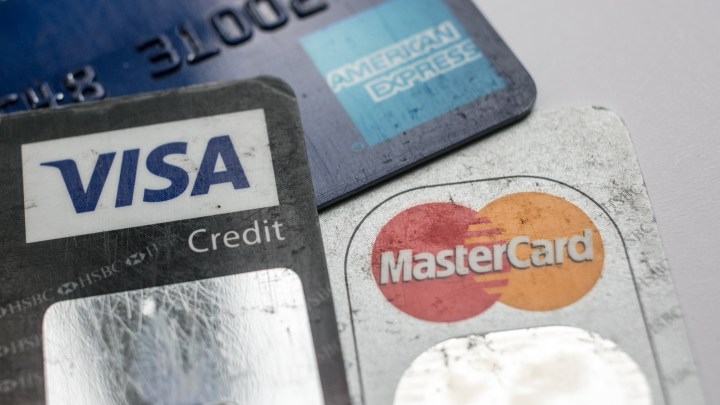 COPY
Credit card debt increased by 13% over recent months as consumers go back to pre-pandemic spending habits, like going to restaurants or traveling. Matt Cardy/Getty Images

The amount of debt people are carrying on credit cards is growing fast. In the second quarter of this year, from April to June, balances were 13% higher than they were a year earlier, according to new data from the Federal Reserve Bank of New York.

That’s the biggest year-over-year increase in two decades. Even so, people have less credit card debt now than before the pandemic.

You could interpret this rise in credit card balances as just something of a return to normal, “people unleashing pent-up demand to travel and eat out,” said Ted Rossman at Bankrate.

In some ways, it’s good news for the economy that people are spending so much.

“We know that that powers about 70% of economic growth. And then also, they’re confident in making these purchases,” Rossman said.

During the height of the pandemic, a lot of people also used their stimulus checks to pay down credit card balances, said Joelle Scally at the New York Fed.

“And so we might be seeing some new accumulation of revolving balances on credit cards,” she said, now that there are no more stimulus checks and other COVID-19 relief, like enhanced unemployment benefits, and the expanded child tax credit has also ended.

“The other thing is that the prices of everything are higher now than they were a year ago. So we would also see the balances go up for that reason,” Scally said.

Even though people are carrying higher balances, most are keeping up with their monthly payments, Scally added.

But there has been a slight increase in the number of people who are more than 30 days behind. That concerns Chi Chi Wu at the National Consumer Law Center.

There’s another sign that low-income people, in particular, are starting to struggle more, said Meghan Greene at the Financial Health Network.

“The Consumer Financial Protection Bureau reported last week that low-income renters’ credit card debt increased by over 40% over the past year,” she said, and is now well above pre-pandemic levels.