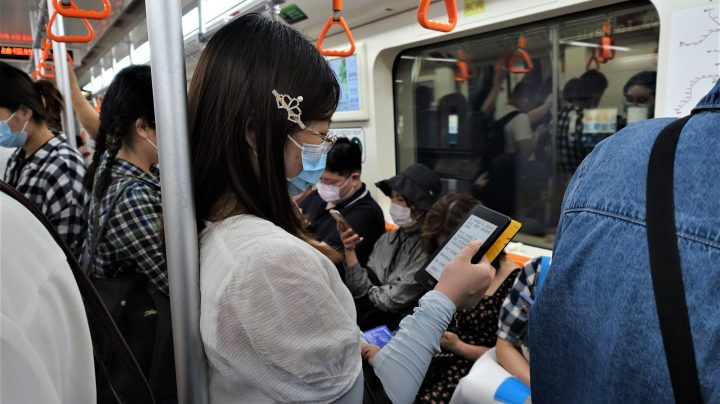 COPY
A subway commuter in Shanghai uses a Kindle in July. Charles Zhang/Marketplace

Before she moved out of the capital in 2019, she decided to soak up more local culture by booking a room in a traditional courtyard through the U.S. short-term rental site Airbnb.

“Everyone was chatting on the patio. It was autumn, the most beautiful season to be in Beijing,” Wang said. “Up there we could see into other peoples’ courtyards with their apricot and persimmon trees. It was quite special.”

On July 30, Airbnb will shut its domestic China travel services, blaming pandemic-related travel restrictions; Kindle has also announced it will stop operating its e-book store in China in June 2023. The company did not give a reason.

“I feel sad and lost,” Wang said. “Airbnb isn’t just a tool for travel accommodation. It is a window for me to communicate with local [Chinese] people.”

The pair of announcements follows the departures of LinkedIn and Yahoo. Both those companies cited a tougher business and regulatory environment in China after the passing of laws protecting privacy and data. Their move also comes amid continued U.S.-China tensions.

There is a difference between content-heavy companies, such as LinkedIn and Yahoo, and Airbnb and Kindle, according to U.S.-based tech journalist Du Chen with the independent Chinese news site PingWest.

“[Content-heavy companies] are inherently platforms to discover new information. Some of those information might not be suitable to be circulated on the Chinese internet,” Du said.

All big tech companies, Chinese or foreign, are required to moderate and censor user content. These are the same reasons why Google, Twitter and Facebook do not operate their main businesses in China.

Du said content moderation is not a big concern for an accommodation site such as Airbnb. Even for Kindle, despite the many content curbs for books in China, much of that would be done at the publishing level before books could be sold on Kindle’s e-store.

E-reader reviewer Zhishusang said Kindle’s e-bookstore has the most extensive collection of foreign-language books on the Chinese market. For the most part, Airbnb and Kindle have been able to compete freely in China.

Airbnb entered the Chinese market in 2016 and has been credited with popularizing the concept of renting out homes for short-term stays in the country. In 2017, Amazon executives cited China as the biggest market for its Kindle e-bookstore.

If you ask Airbnb and Kindle fans, the U.S. companies did not follow in the footsteps of Chinese tech and spend a lot of money upfront to acquire users.

“The strategy of many Chinese companies is to flood the market with free services. Once the customers are used to their services, then the company will start charging,” said Li Yao, a Kindle fan and former Kindle China employee. “Kindle just sells books one by one. It does not fit the marketing logic in China.”

While e-reader reviewer Zhishusang likes Kindle’s ecosystem and has even written a book about how to use the device to study better, he said the U.S. firm did not keep up with its Chinese competitors.

“Chinese e-readers cater to domestic users’ demands, like having an open system, devices that could read several file formats and run third-party apps.”

In a country where over 77% of surveyed adults last year read on their cellphones, Kindle devices have been said to be useful weights to hold down the lid on instant noodle cups.

“More people will treat it as a joke rather than an actual serious product for reading,” Du said.

“For many years, Airbnb only accepted credit cards or bank transfers for payment in China, while correspondence and invoices were sent via email,” journalist Wang Tianyu said in a tech segment on state-run broadcaster CGTN. “This might work in the West, but not in China.”

Most people in China use mobile payment apps and communicate via WeChat.

While the U.S. companies have China offices and have hired local staff, tech journalist Du said the firms did not seem fully immersed in the Chinese market.

“They weren’t able to have the required level of autonomy in order to run successfully in China,” he said.

Airbnb is not leaving China completely. The U.S. company said it will retain some staff to help Chinese travelers go abroad.

Tech worker Hiyami Wang is using Airbnb’s domestic services until its last days. She currently lives in Shanghai’s suburbs for work purposes, but on weekends rents Airbnb properties in the city center to explore.

Kindle China users will not be able to buy new e-books after June 2023 and will have until June 2024 to download the books they’ve purchased and turn to local alternatives — like WeChat’s WeRead.

Die-hard Kindle fans, such as ex-Kindle staffer Li Yao, remain loyal. She credits Kindle for instilling a reading habit of in her. She and her friends dedicated an entire episode on their podcast — usually focused on couples in TV dramas, films and books — to discussing Kindle’s departure as a sort of farewell.

“For me, Kindle is not just a device for reading, it is different from other reading devices,” she said.

The day she cannot use her Kindle, Li said, she won’t go to a Chinese competitor. “I would rather read paperbacks than use other reading devices [from China].”