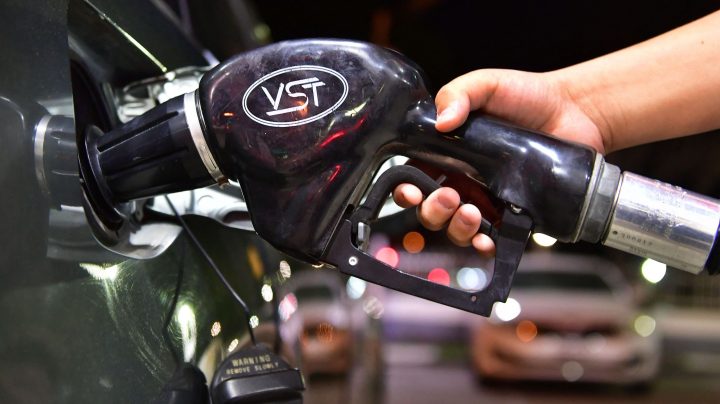 COPY
The U.S. and its allies hope to create a "buyers cartel" aimed at reducing Russia's oil revenue in response to its attack on Ukraine. Frederic J. Brown/AFP via Getty Images

The U.S. and its allies hope to create a "buyers cartel" aimed at reducing Russia's oil revenue in response to its attack on Ukraine. Frederic J. Brown/AFP via Getty Images
Listen Now

Treasury Secretary Janet Yellen is in Asia, trying to rally support for a price cap on Russian oil. From Tokyo, Yellen held a virtual meeting with her Chinese counterpart, Vice Premier Liu He, in her pitch to get China on board.

The term “cartel” usually calls to mind sellers banding together to try to increase the price of a commodity — think OPEC and oil. What the U.S. and its allies are trying to do amounts to creating a buyers cartel aimed at Russian oil.

How does a price cap work in theory? And could it work in reality?

“It’s a brand-new concept on the international scale like this,” said Julia Friedlander, CEO of the nonprofit Atlantik-Brücke.

Energy sanctions the U.S. and European Union imposed on Russia are having some effect, she said, but not working perfectly.

Initially, the U.S. aimed for a ban on energy sales that would hurt Russia’s economy.

But there were still buyers, so the plan had to change.

This strategy is supposed to keep prices low for Russia’s output. So far, however, the West has not succeeded in choking off financing for Russia’s war on Ukraine, said Christiane Baumeister of the University of Notre Dame.

She said that for a price cap to work, India and China — two big buyers — would need to get on board.

“The international cooperation of everybody who buys oil from Russia is basically the basis for successfully implementing this,” Baumeister said.

She said that even if India and China agree to a price cap, they would still have incentives to cheat.

“So if the price cap turns out to be $50 per barrel, what prevents them from offering $55 or $60?” she said. “It’s still a better deal for Russia and China and India, right?”

Both India and China have been buying massive amounts of Russian oil, which has been selling at a deep discount due to Western sanctions — and that’s hurting Russia, said Pavel Molchanov, an analyst with Raymond James, a Marketplace underwriter.

“Selling every barrel at $35 cheaper — that’s a loss to the Russian economy of $200 million per day,” Molchanov said.