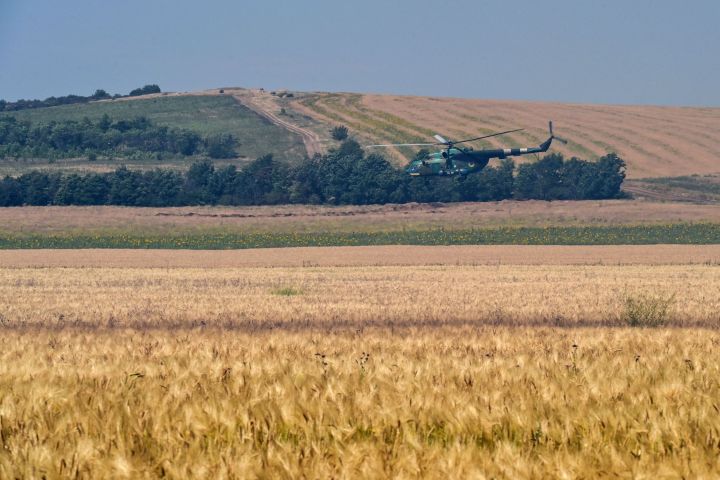 COPY
Due to port blockages, Ukrainian farmers can’t get shipments of wheat and sunflower seeds out of the country. Miguel Medina/AFP via Getty Images

Due to port blockages, Ukrainian farmers can’t get shipments of wheat and sunflower seeds out of the country. Miguel Medina/AFP via Getty Images
Listen Now

We’re now more than 130 days into the war in Ukraine, caused by Russia’s invasion. And as experts predicted early in the crisis, it’s fueling a hunger problem in some parts of the world.

A U.S. Department of Agriculture report that came out Tuesday showed that global production of wheat, corn and oil seeds is trending down and supplies will be tight in the coming months. That translates into higher prices for those commodities.

Normally by July, Ukrainian grain farmers would be shipping their spring harvest to Europe, North Africa and Asia.

“We’ve had supply chain disruptions in the pandemic. But what we’re seeing in wartime is on an entirely different level,” said Anna Nagurney of the University of Massachusetts, Amherst.

She said those farmers can’t get millions of tons of wheat and sunflower seeds out of the country because the Black Sea’s major ports are blockaded by Russian warships. And the war has driven up the cost of shipping commodities from elsewhere.

“The price of fuel has grown. There’s increased risk, obviously increased insurance costs and so on,” she said.

That means higher food prices all over the world.

But Ian Mitchell, with the Center for Global Development, said the problem is most acute in countries that already struggle with food insecurity. That includes Afghanistan, Sudan and Mozambique, he said, where households spend a larger share of their income on food.

At some point, Mitchell said, Western countries might have to make a tough decision — “whether potentially keeping millions of people out of hunger is worth marginally easing the sanctions on Russia.”

If Ukrainian farmers can’t move their spring harvests, said Amherst’s Nagurney, some won’t be able to plant a fall crop, and the repercussions could stretch on for years.

“Frankly, that is terrifying,” she said.