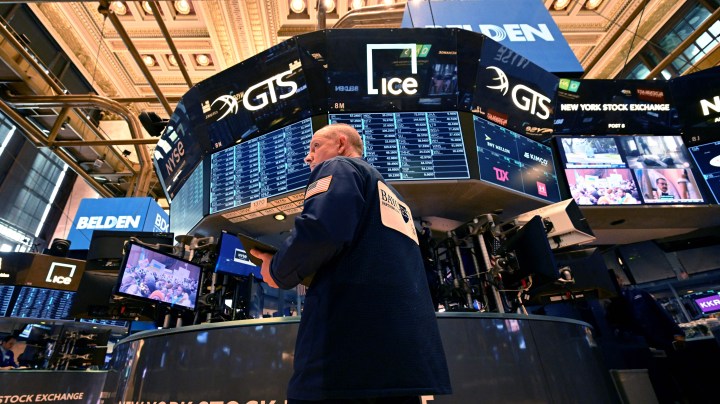 Fed Chair Jerome Powell will go to Capitol Hill on Wednesday to start two days of testimony before Senate and House committees. Inflation is certain to be central to the agenda.

As the Fed keeps raising interest rates, Powell is likely to be questioned about the economic pain those rates are likely to cause. Because there is a very real chance that the country may end up paying a price for getting inflation under control — and that price is recession. What are the odds?

Sai Dahari, a New Jersey-based event planner “for agencies and companies and high net worth individuals,” said business was great last year: “Probably one of the best years I’ve had, personally.”

In the event-planning business, people book months, even a year in advance. So Dahari’s schedule is a tiny one-man window into the future. And the view is not ideal.

Now, some of this is expected. Last year was a boom year — that can’t last forever.

“Even if growth in 2022 holds up reasonably well, it’s pretty likely the U.S. economy sees at least a pretty large deceleration by any historical comparison,” said Jonathan Pingle, chief U.S. economist at UBS.

The question is whether we will tip into recession. And the forecasts vary.

“Well, we would put the odds at 17% at the moment, but I would qualify that by saying we have three different models, and one of which the odds have moved up to 40%, with the most recent data,” Pingle said.

His models look at things like housing permits, manufacturing levels and the labor market — which show signs of cooling. But jobless claims so far aren’t alarming. And the stock market, as bad as it is, isn’t the economy.

Matthew Luzzetti, chief U.S. economist at Deutsche Bank, is more pessimistic. “We moved to expect a recession as a baseline outcome,” he said.

As in, he thinks it’s almost definitely going to happen. “But not this year, not imminently,” he said. “Instead, we expect it to happen next year.”

His reasoning is that the economy is very far from the Fed’s targets on inflation and employment, so the Fed is going to have to continue to move aggressively.

“And historically, when you look at periods that look like the current episode, they’ve ultimately ended with recessions that are driven by monetary policy tightening,” Luzzetti said.

One silver lining: If we do get a recession, Luzzetti said, it won’t be on par with the Great Recession; it would be much less severe.