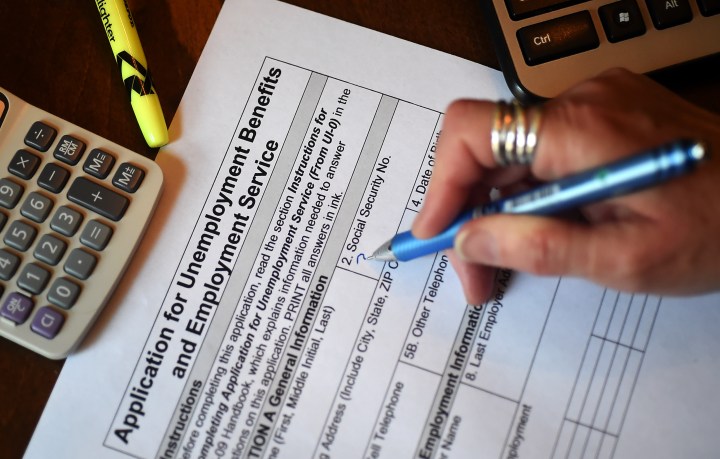 COPY
The GAO said the demand for unemployment benefits during the pandemic brought to light a variety of weaknesses in the system. OLIVIER DOULIERY/AFP via Getty Images

The GAO said the demand for unemployment benefits during the pandemic brought to light a variety of weaknesses in the system. OLIVIER DOULIERY/AFP via Getty Images
Listen Now

This week the Government Accountability Office added unemployment insurance systems to its list of programs at high risk for fraud, waste, abuse and mismanagement. While claims have remained low in recent months, it said the soaring demand for benefits during the pandemic exposed many weaknesses in the system.

The high risk list of a few dozen federal programs is a red flag that says “prioritize this,” said Tom Costa with the GAO.

“It’s our hope is that the program will get more attention and get the transformation that it needs.”

Unemployment was added to the list in part because of increasing fraud. The share of improper payments doubled during the pandemic to nearly 19% – amounting to $80 billion.

“It did get a lot of money out to people who needed it. But it also meant that a lot of fraudsters were able to enter into that space very quickly and exploit that vulnerability,” Costa said.

Not that these benefits were too easy to get, said Andrew Stettner at the Century Foundation. “We saw incredible delays in people getting assistance, people being stuck in nether worlds waiting for weeks or even months,” he said.

The GAO reports found decades of underinvestment in personnel and technology led to inefficiencies and disparities. A sample analysis of two states found Black applicants were half as likely as white applicants to receive federal assistance.

“We need this system to be fixed and ready for action,” Stettner said, adding that these reports emphasize we shouldn’t wait for the next crisis before addressing these problems.