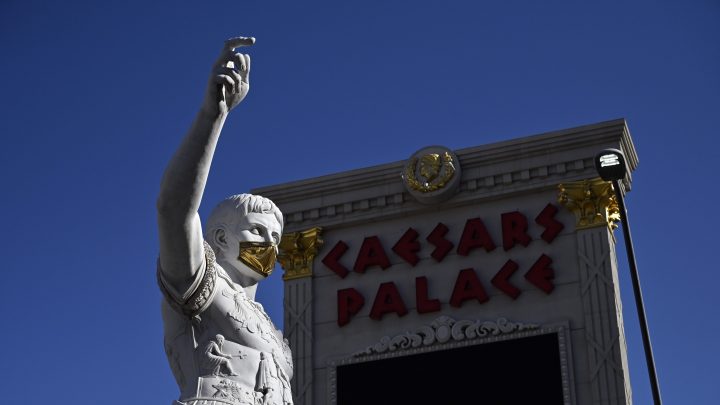 A little over two years ago, the coronavirus pandemic brought many tribal economies to a complete standstill. The hotels, casinos and tourism operations that fund many tribal governments and keep lots of Native people employed shut their doors, in some cases for a year or more.

Recovery from that crisis is on the agenda at this year’s Reservation Economic Summit, which is underway this week. Tribal leaders, business owners and other stakeholders gathered in Las Vegas for the event.

Like most tribes, the Northern Arapaho doesn’t have a tax base. Instead, its government and services are funded by the tribe’s enterprises, in particular its hotel and casinos in central Wyoming.

“And during the pandemic, all those things were shut down,” said Jordan Dresser, chairman of the Northern Arapaho Business Council. He said the last two years have been a wake-up call.

“Our tribes were really struggling. We were trying to figure out, like, what are we gonna do?” he said. At the Reservation Economic Summit, Dresser has been talking with other leaders about diversifying into sectors like hemp production and renewable energy.

“Wind, solar, all those different things, that’s where we’re going to be able to sustain ourselves,” Dresser said.

Another hot topic at the summit is food sovereignty, according to Carly Hotvedt, the associate director of the Indigenous Food and Agriculture Initiative.

After the pandemic exposed weaknesses in national food supply chains, she said, tribes are shoring up their own.

But Casey Lozar, the director of the Center for Indian Country Development at the Federal Reserve Bank of Minneapolis, said one major barrier to economic recovery in Indian Country is the high unemployment rate.

“When you look at our non-metro, reservation-based economies, that’s sitting at 10.5%,” Lozar said. Which is about three times the national average, and it’s likely an undercount.

Lozar said that’s another thing that keeps coming up at this year’s summit. “We’re hearing more and more tribal leaders talk about the importance of collecting and leveraging tribal-centric economic data,” Lozar said.

An accurate unemployment rate and a clearer picture of tribes’ contributions to regional economies — Indian Country needs that information to emerge from the pandemic stronger economically, Lozar said.