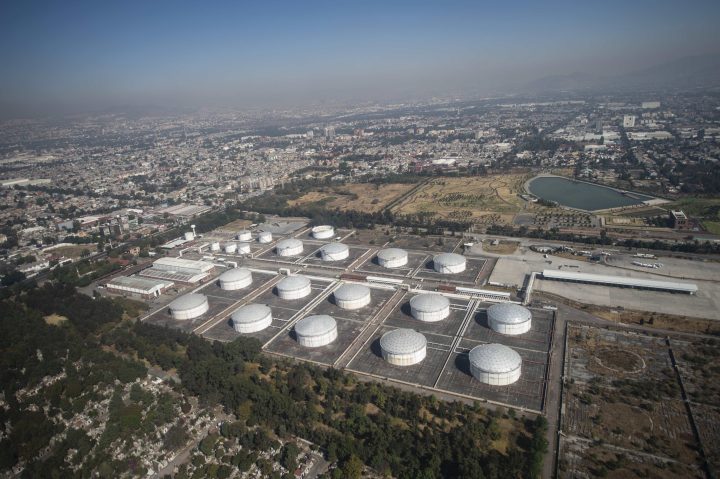 The Mexican state oil company, Pemex, is no stranger to Houston. It co-owned a refinery in Deer Park with Shell starting in 1993. But this year, Pemex took control of the Deer Park facility after making a deal to buy out Shell. Mexico’s president, Andrés Manuel López Obrador, celebrated the sale’s completion in January.

“Yesterday, the deal was closed so that Mexico, the people of Mexico, could become the owner of the Deer Park refinery. As of yesterday, that refinery belongs to the Mexican nation,” López Obrador said, speaking in Spanish.

López Obrador is looking to undo years of reforms that opened Mexico’s oil and gas sector to foreign investment. His plans are a contrast to the free-market policies enshrined in a 2013 constitutional amendment.

But that rollback means Mexico can’t produce as much oil, and that could hamper U.S. efforts to compensate for the effect of Russia’s war in Ukraine on world oil markets.

“He actually wants to roll back the reforms and go to an era in which the state controlled the whole sector,” said Mariana Campero, former CEO of the Mexican Council on Foreign Relations and host of the Center for Strategic and International Studies podcast “Mexico Matters.”

Companies that invested in Mexico over the past decade are rethinking their plans, said Tony Payan, director of the Center for United States and Mexico Studies at Rice University’s Baker Institute.

Right now, Mexico produces about 1.7 million barrels of oil a day. According to Mariana Campero, if the 2013 energy reforms had been fully implemented, Mexico could have produced more than a million additional barrels a day.

“I think that amount, when we take into consideration what the world is going through right now with the war of Russia and Ukraine, I think that that oil could have come in very handy,” Campero said.

But Mexico doesn’t have the capacity to process all of its own crude oil. Which is one of the reasons Pemex bought out the Deer Park refinery.