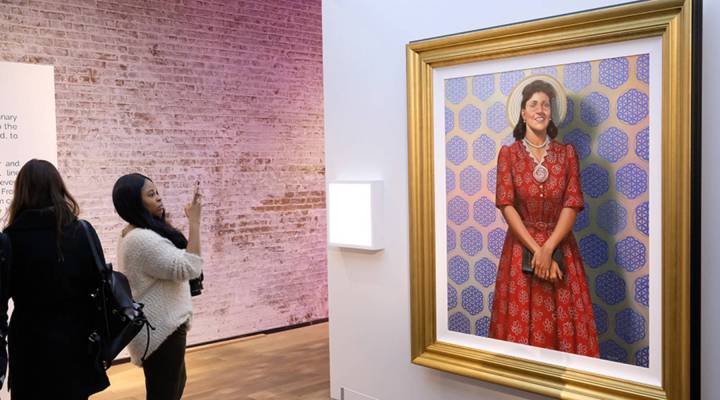 COPY
Attendees admire a painting of Henrietta Lacks at HBO's The HeLa Project Exhibit For "The Immortal Life of Henrietta Lacks" on April 6, 2017 in New York City. A lawsuit against a pharma company from Lacks' descendants brings up a host of ethical questions surrounding medical profits, intellectual property and racial equity. Nicholas Hunt/Getty Images for HBO

Attendees admire a painting of Henrietta Lacks at HBO's The HeLa Project Exhibit For "The Immortal Life of Henrietta Lacks" on April 6, 2017 in New York City. A lawsuit against a pharma company from Lacks' descendants brings up a host of ethical questions surrounding medical profits, intellectual property and racial equity. Nicholas Hunt/Getty Images for HBO
Listen Now

Lawyers for the Massachusetts biopharma company Thermo Fisher Scientific and descendants of Henrietta Lacks were in court this week in a case with potentially big intellectual property and racial equity implications. It involves who has the right to control and profit from medical discoveries, drugs and the like, when they’re derived from biological materials taken from a person without their consent.

Henrietta Lacks was a 31-year old African-American mother of five when she came to Johns Hopkins hospital in 1951 with advanced cervical cancer.

During her treatment — on a segregated ward — doctors collected cells from her body that were later discovered to have an extraordinary property: They could survive and reproduce indefinitely in the lab.

The cell line was instrumental in creating vaccines and mapping the human genome. It’s led to billions in profits for pharmaceutical companies.

The lawsuit filed by Lacks’ descendants argues they should get a share of those profits.

“It’s certainly the case there were horrible moral violations to Henrietta Lacks — lack of consent, racism was abundant in medicine at the time,” said Art Caplan, medical ethicist at NYU.

But — Caplan said it’ll be hard for the family to establish property rights over medical products resulting from tissue extracted 70 years ago.

“The idea you’re going to be able to sue and claim profit or control over cell lines derived from her cancer cells — I have to tell you, I think it’s a real long shot.”

It was routine for doctors to take tissue for scientific research without consent in the 1950s.

Aishah Scott, who teaches health policy at Providence College, said the racism and health care discrimination Lacks experienced has compounded the harm to her descendants.

“Her family reaching out for damages today – they have every right to. Her children also had the impact of her not being able to get access to regular health care,” she said.

Most existing legal precedent backs the idea that researchers and companies — not patients — have the right to profit from products developed from their tissues.

“What will be interesting is whether or not you can attribute the commercial success of the developments arising from that biological material, to the original provider,” he said.

The company being sued, Thermo Fisher Scientific, didn’t respond by our deadline. In legal filings, the company has argued that the Lacks family hasn’t demonstrated harm, and it’s now too late for them to file their claim. 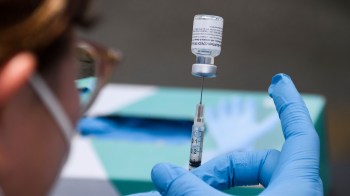