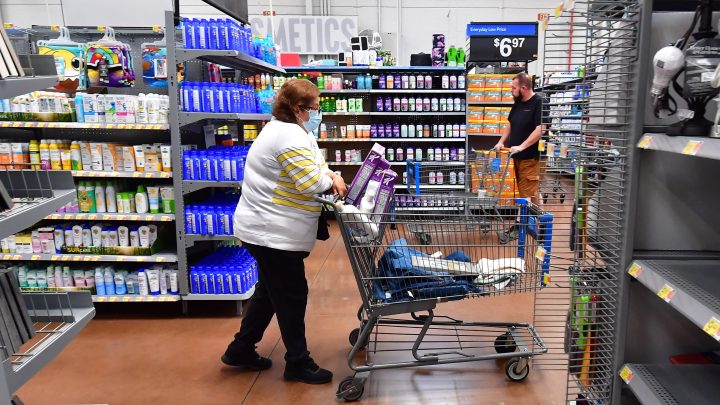 Inflation’s getting lower, but it sure isn’t low. The consumer price index for April, which came out Wednesday, showed that prices were up 0.3% overall from the previous month, a notable pullback from March’s torrid pace of 1.2%.

The inflation rate may have peaked — consumer prices were up 8.3% year over year in April, compared to an annual increase of 8.5% in March. But April’s rate is still close to a 40-year high. And consumers are wary of the price rises they’ve seen, while expecting more to come.

The rate of inflation may be plateauing, but Americans’ anxiety about inflation has been escalating.

After months of sharply rising prices, higher inflation expectations are settling in. The latest survey from the Federal Reserve Bank of New York found that consumers anticipate inflation will still be above 6% a year from now.

“People are continuing to expect price increases through at least the near future. And maybe they’re right, and maybe they’re wrong. Americans are not economists. They’re just responding to what’s in front of them and expecting it to continue,” Jackson said.

Many economists do expect inflation to remain at or near current levels, at least through the fall, as disruptions in global trade and energy supplies continue — created largely by the COVID outbreak in China and Russia’s war in Ukraine.

Jay Hatfield is the chief investment officer at Infrastructure Capital Management. He predicts that oil prices in particular will remain severely elevated, flowing through to persistent high prices for a wide range of goods and services.

“They drive food prices because natural gas is over 50% of the value-added of fertilizer, and oil and gasoline prices feed into transportation costs, which include airline fares. Airline fares were up almost 18% in the month, which is the highest increase ever,” Hatfield said.

Higher-income consumers express the most worry about inflation right now.

But it’s middle- and lower-income families that are most vulnerable to continued high inflation, as their monthly expenses for food, gasoline and rent go up and they deplete their remaining government relief money and savings to pay for them.

“What we’re seeing now is really in a lot of ways a triple threat,” said Glenn Williams, CEO of the financial services firm Primerica, which surveys middle-income consumers every quarter.

“We’re seeing extraordinarily fast-paced increases in pricing in the basics in life. Household incomes and individual incomes in the middle market are not keeping pace with that,” Williams said.

Meanwhile, employees are returning to their workplaces in increasing numbers, “which is probably adding to their commuting expenses, the cost of gasoline as well as other expenses of what they need to dress like and what they eat and where they eat,” Williams said.

Consumers are starting to change how they spend, said Spencer Baird, interim CEO at the data-analytics firm Inmar Intelligence. He said they’re being more methodical and price conscious.

Consumer spending hasn’t fallen yet, but Chris Jackson said given their level of anxiety, people may start pulling back on some things.

“Things that are relatively easy discretionary purchases — going out to eat, socializing with friends, to things like replacing a car or appliance in your house,” Jackson said.

That kind of pullback in consumer spending would impact retailers, consumer product companies and, ultimately, their employees.