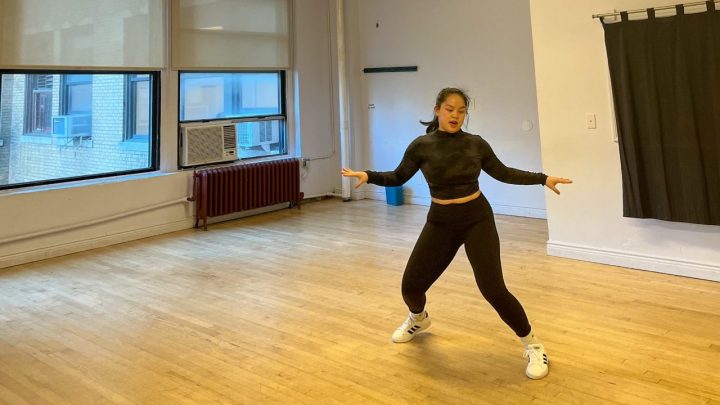 For dancers, actors and singers, auditions are like job interviews. Because of the short gig-to-gig nature of work in the arts, auditions can be a weekly part of artists’ lives. Since the pandemic began, many auditions have gone remote.

Dancer Cameron Hah rehearses her auditions in a New York dance studio. The room is large and bright, with a camera set up on a tripod about 10 feet away. If this were pre-pandemic, she would attend most dance calls in person.

But since theatres opened back up, it’s become the industry standard to require self-tapes for initial auditions. For Hah, this means she films some auditions in a rented performance space, which she said costs between $30 and $60 an hour.

“I was in the studio if not once a week, twice a week, which definitely got expensive,” she said.

Hah said she prefers filming in a studio over a crammed bedroom, and some theatre professionals seem to agree that doing so could appear better to casting directors.

“The more professional you come off, the better you look. It’s probably not good to audition for Juliet in a washroom with a bunch of dirty clothes next to you and no decent sound,” said Peter Fernandez, an assistant professor of theatre at Columbia University.

Still, Hah isn’t sure how long she can afford to keep this up: “It’s definitely not sustainable. I mean, just having to rent studio space makes it inherently disadvantaging.”

Regardless of the difficulties, Fernandez said self-taped auditions might be here to stay.

“It is cheaper and much quicker for those who are actually seeking talent. Self-tape is the future,” he said.

The switch to self-taped auditions means Broadway casting director Daryl Eisenberg can view more videos and consider actors and singers who might not be able to attend a mid-day call. For dancers, she said, self-tape is more complicated than that.

“If I can get dance auditions back physically into a room, I’m going to try to do that. I think it’s much kinder to the performer,” Eisenberg said.

Eisenberg also said she has explained to people who are auditioning with a video from home that they shouldn’t worry if there’s some outside noise in the background, or a roommate walking by. What matters for the audition, she said, is the performance.