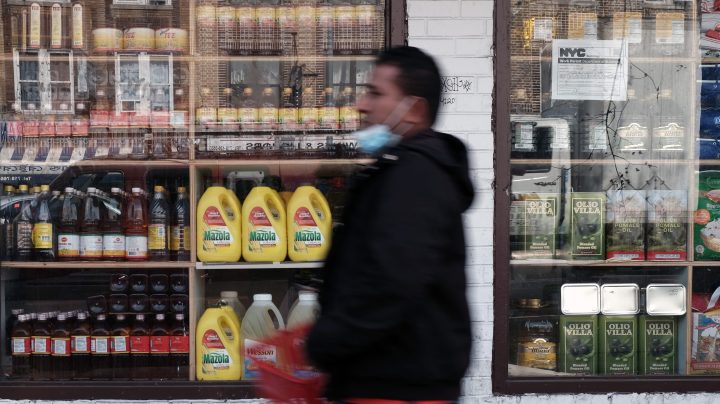 Inflation keeps growing, and so do wages — just not at the same rate. A record number of big firms are reporting recent wage hikes, according to a survey of economists at those firms released Monday by the National Association for Business Economics.

“We rely on a lot of manual labor,” said Lester Jones, chief economist at the National Beer Wholesalers Association. His industry requires a lot of muscle. “We move cases of beverages throughout the economy. They’re heavy. They require a lot of activity,” he said.

Jones said some distributors are competing fiercely for workers. It’s like that across all industries. And while the NABE reported the highest number of companies raising wages in the survey’s 40-year history, for the most part, employers aren’t boosting wages enough to keep up with soaring prices.

Cornell University labor economist Erica Groshen has a theory on that.

“They don’t want to get too far ahead of inflation because it’s hard to dial that back,” Grosher said. Some economists in the survey don’t expect their firms to pay workers more in the future, like over the next three months.

“People think that a lot of supply chain issues will gradually get resolved and that the war situation in Ukraine may also eventually die down or at least get partially resolved,” he said.

In the meantime, many workers will be stuck with raises that don’t keep up with rising prices. And according to Hershbein, inflation may not get back to normal levels until next year.