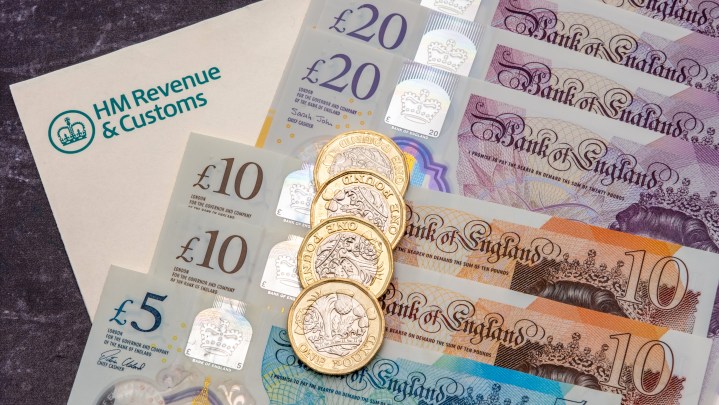 COPY
As the United Kingdom grapples with high inflation, a group of millionaires is volunteering to take a bump in taxes. clubfoto/Getty Images

As the United Kingdom grapples with high inflation, a group of millionaires is volunteering to take a bump in taxes. clubfoto/Getty Images
Listen Now

The cost-of-living crisis grows apace and continues to wreak havoc with household and government budgets. In Britain, the rate of consumer price inflation has hit 6.1% and is still rising fast, making life difficult both for consumers and the government as it tries to repair some of the fiscal damage caused by the pandemic.

The United Kingdom’s finance chief had been planning a sharp increase in taxes but was forced to moderate the hike because of cost of living concerns.

But a group of very wealthy Brits has made a radical suggestion to ease the crisis. The group, calling itself Patriotic Millionaires U.K., is a British offshoot of a movement that began in the United States and has sent a startling message to the government: “Don’t tax the poor and the middle classes so heavily. Tax us instead. We’re rich enough to pick up the tab.”

Gemma McGough, a tech entrepreneur and one of the founders of the group, describes herself as wealthy enough that she doesn’t need to work. McGough does work, however, as the boss of a  successful company called Eleos, named after the Greek goddess of compassion. She became involved in the Patriotic Millionaires campaign because she believes that she doesn’t pay enough tax on either her income or her capital.

“I think that in the U.K. and many other countries, the burden of taxation falls on the poor and the middle classes. And people like me, who can afford to pay more, aren’t. And that the system needs to change.”

The first change that she and her fellow campaigners would like to see is a reform of capital gains tax.  Long-term capital gains are taxed in the UK. much less heavily than income, a differential treatment that McGough believes favors the rich. She would also like to see the top rate of income tax raised for the wealthy from 45% to 75% and would happily embrace that perennial bugbear of the rich: an annual wealth tax.

”Most people are struggling day to day, and the very wealthy like me … we’re not,” she said. “Measures like a wealth tax could help change things. The money that could be generated from that is astronomical.”

An analysis by Patriotic Millionaires and other groups concerned about inequality suggests that an annual levy of 2% to 3% on the assets of the 119,000 wealthiest people in Britain could raise the equivalent of $57 billion — enough to eliminate the need for the latest tax hike, to hire 50,000 extra nurses for the state-run National Health Service, to build 35,000 affordable homes and insulate the U.K.’s most drafty homes to reduce energy bills and help mitigate the climate crisis.

These are all laudable aims, but why would go-getting entrepreneurs who are culturally more at home in the private sector support the idea of pouring more cash into the coffers of big government?

“It’s not necessarily about grossly enlarging the state,” explained James Perry, another Patriotic Millionaire. “It’s about properly funding public services. It’s about the need for a stable and thriving society. It’s about moving away from an economic system that prioritizes profit over everything else.”

Perry, who made his money with a company that makes frozen, ready-cooked meals, said that he would welcome higher taxation of rich people like himself and that his standard of living would not suffer as a result, because it would take “a great deal of extra tax” to affect the way he and his family live today.

But why did he work hard to create a fortune if he now feels the need to hand more of it over to the government?

“I was creating a company. Certainly, we had a financial incentive to do that. But we have this idea that we have enough,“ he said.

Of course, the Patriotic Millionaires could always give more of their surplus cash to charity, and that would be a natural progression as they’re all big-time philanthropists.

Julia Davies, who made her money from a backpack and luggage company, has poured a small fortune into nature conservation and other environmental causes, pioneering a system of no-interest or low-interest loans to fund land restoration.

One project Davies supports is a “rewilding“ scheme to restore the flora and fauna on Wild Woodbury, a stretch of intensively farmed agricultural land in the southwestern county of Dorset.

Why does she want to pay more tax? Why not divert the money into more rewilding and other charitable endeavors?

Furthermore, Davies added that mandatory tax revenues and not charitable donations are needed to improve the defense of the realm in the wake of the Ukrainian crisis.

“We’re now facing an incredibly dangerous situation in the world. Who would choose for their money to go directly to funding the military? But the situation we’re in at the moment shows how important it is,” she said.

The call for higher taxes on the rich has its critics. Danielle Boxall, media campaign manager of the TaxPayers’ Alliance, which campaigns for lower taxes all around, dismissed the Patriotic Millionaires as “virtue signalers” whose campaign could damage the economy.

“Higher income tax weakens incentives to engage in productive economic activity,” she said. “With excessive taxes already choking off the economy and placing a huge burden on families and businesses alike, the last thing ministers should be considering is new taxes.”

Boxall pointed out that there was already a scheme whereby the wealthy could donate cash to the government, but that only 200 people had done so between 2000 and 2017.

The Patriotic Millionaires seem to be encountering a similarly tepid response. There are more than 250,000 multimillionaires in the U.K., but only around 30 of them have publicly joined the campaign to pay more tax.

James Perry and his colleagues, however, are unlikely to be deterred. Perry believes that the world is facing “a profoundly volatile future, with climate breakdown and with the geopolitical realignment that we’re seeing in Ukraine” and that democratic governments and their finances must be strengthened. The rich, he said, must play their part in this by shouldering more of the tax burden.

“It’s absolutely in the self-interest of the wealthy to pay heed to the need for societies to be thriving,” Perry said.