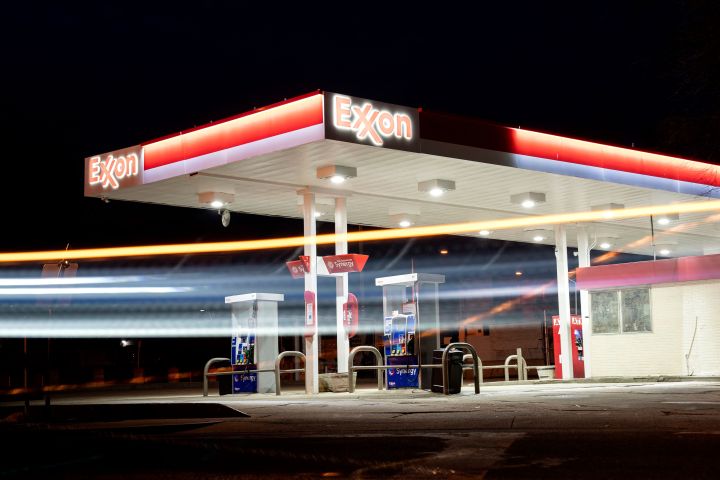 COPY
"The days of posturing and pretending are over," said Harvard's Ranjay Gulati. Stefani Reynolds/AFP via Getty Images

"The days of posturing and pretending are over," said Harvard's Ranjay Gulati. Stefani Reynolds/AFP via Getty Images
Listen Now

Hundreds of Western companies have announced withdrawals from Russia since the country began its invasion of Ukraine in February, marking a critical moment for business leaders who must decide whether to abandon their Russian operations or remain – and contend with the internal and external blowback of that decision.

And according to Harvard business professor Ranjay Gulati, it brings up issues of trust between companies and their employees, customers, shareholders and other stakeholders.

“Business leaders are going to have to wake up fast and figure out how are they going to play in an increasingly complex world where sitting on the sidelines and saying, ‘I don’t have a moral position. I don’t have a political position. I don’t even have a geopolitical position.’ — Not going to work anymore,” said Gulati, who’s the author of the new book, “Deep Purpose: The Heart and Soul of High-Performing Companies,” in an interview with Marketplace’s David Brancaccio.

David Brancaccio: So you’ve never seen anything like this before; the pressure companies are under to get it right with their dealings on Russia and Ukraine?

Ranjay Gulati: This is clearly a turning moment for business. Business always wants sit on the sidelines and stay neutral, especially when it came to geopolitical issues: “Don’t get us involved; let governments and militaries figure this out.” Now, you have to choose sides.

Brancaccio: Who’s demanding this? I guess it is all the stakeholders.

Gulati: It is. And it’s interesting, the most vocal of these are actually customers and employees, even more than governments. The governments [hadn’t even gotten] into the act when suddenly you found rebellions happening at companies where employees and customers were vocally demanding them to take action — decisive action.

Brancaccio: And some have. There’s a long list of companies that are like, “We are out of Russia,” given the sanctions. But then you see some that are, shall we say, trying to split the difference. We have the global food conglomerate Nestlé saying that it wants to keep some of its products, like infant formula, that are crucial to families, still on sale in Russia, but that they’re turning off some brands like candy. Then you have Koch Industries based in the U.S. that says it’s better if they stay in Russia. Société Générale of France is in that category; a bunch of computer makers, Acer, Asus, MSI, Lenovo — so far sticking in Russia. This is going to be a difficult position to, probably, defend.

Gulati: It has been, and I think it’s becoming a badge of honor or a badge of shame. And I think they’re going to have to take more and more decisive action. You’ve seen companies that have tried to finesse it — Uniqlo tried to finesse it for a while by saying, “clothing is a human right, so we don’t want to leave,” even though Zara, their competitor, had shut shop. And you saw the pressure they came under, and in a couple of days they had decided, “OK, OK, we give up. We’re out.”

Brancaccio: You frame this, in part, as a trust issue. You’ve thought a lot about the ways the companies build trust with customers and employees and other stakeholders. I mean, is this a trust issue? If a company is clear about what it’s decided, one way or another, and does what it says, it shouldn’t really be a trust issue — it’s a moral issue.

Gulati:  It’s interesting you bring up the word “moral.” Companies have, for the longest time, engaged in what we call virtue-signaling. And you can try to parse out and say, “Was it a morality issue? Or was it a reputation management issue?” And I don’t think we can parse it out. But the general belief has been that by virtue-signaling, you will trust me; you will trust my products; you will trust what I do. And I think the days of posturing and pretending are over — we are in a much more transparent world. So if you’re going to engage in this kind of activity, I think it’s important to do several things: Number one, it better be concrete and actionable with time commitments. The second one, I think companies have to become much more open to embracing a moral overtone to their claims and positions. This idea that I’m amoral – I don’t take moral positions – is not acceptable anymore. And the third one is you’ve got to make it personal — how does it connect to who you are as a company? What’s your purpose? So we can’t be in this kind of checked-box mode anymore. I think the bar for companies to take a position on issues such as Ukraine have really become much more severe than ever before.

Brancaccio: You saw, I think it’s fair to say, a connection with action and purpose from Microsoft. Early on after the invasion they said that they had foiled a Russian cyberattack, apparently on Ukraine, and they called it out and they got that to the authorities — even though Microsoft must have had many business relationships throughout Russia.

Gulati: So this is where we are in uncharted territory: the idea that a global business, a multinational company, is now willing to take a position — and more than just take a stance and withdraw, but actively be involved. This is going to be a turning point for many companies going forward in future geopolitical conflicts. You’re seeing investors getting into the act as well. So Microsoft is one of them; Microsoft has had a strong purpose orientation, so I’m not surprised that they moved so quickly into this because they really abide by their purpose. But now you’re seeing investors getting into this as well; you saw BlackRock stopping trading Russian securities shortly after the invasion. So you’re seeing, now, larger and larger enterprises in technology and finance and, of course, industrial and consumer companies as well, coming at it from very different vantage points.

Brancaccio:  Just so we’re clear — because this is really at the core of your book and your analysis — if a company needs to connect its action on something huge, like Russia’s invasion on Ukraine and whether companies stay or where they go, what does it mean to connect to the company’s purpose?

Gulati: It’s all about how we approach these situations. Are we reactive to them? Or do we have a proactive stance on them? And you can see that in the sequencing in which companies have taken a position on Russia and Ukraine right now. The ones who are proactive very quickly moved — I mean, they moved fast. And this is one instance where businesses, some of them, moved even faster than governments in terms of taking action and they connected it to their own reason for being; their own purpose. And this allowed them to make it real for their employees, for their customers: “Here’s what we’re doing, and here’s why we’re doing it, and it connects into our own reason for being.” So, you know, there’s a moral basis for this. But there’s also … it helps your brand and reputation, because you are perceived as much more credible by these key stakeholders who trust you even more, saying, “Look at them: they take action around what they believe in.”

Brancaccio: Companies can’t just say, you don’t think, “Look, it’ll just cost us too much money to leave Russia. And a major part of our purpose is making our shareholders money.”

Gulati: That’s a good question. And I think making money for shareholders hasn’t gone away. So I think we have to remember that. I think the question is how we calibrate that, and over what time horizon. The moment you start to imagine that a business exists to deliver long-term value, these kind of short-term hits play into your ability to deliver long-term value. If you say, “No, no, no, no, this is too short-term costly for me,” then you’re going to pay for it. Customers won’t trust you anymore. Employees will depart on you; you’ll lose the talent war. And so you’re going to bleed out if you think about this in the very short term. So there’s a time horizon to understanding our stakeholders. And investors are very much part of multi-stakeholder capitalism. And that’s why I like what Larry Fink said: Stakeholder capitalism is capitalism.

Brancaccio: At some level, the situation with Russia is pretty clear cut. And businesses often have to figure out what their position is in something that’s much more a gray zone, right?

Gulati: Absolutely. And I think that’s where it’s going to be really complex for businesses in the future where there are going to be a lot more gray-zone decisions in the geopolitical and domestic arena — where, now, businesses are going to be told, “Sitting on the sidelines and not having a position — on gun rights, on abortion rights, on voting rights — Where do you stand? What are you doing about it? How does it fit into who you are?” And business leaders are going to have to wake up fast and figure out how are they going to play in an increasingly complex world where sitting on the sidelines and saying, “I don’t have a moral position. I don’t have a political position. I don’t even have a geopolitical position.” — Not going to work anymore.