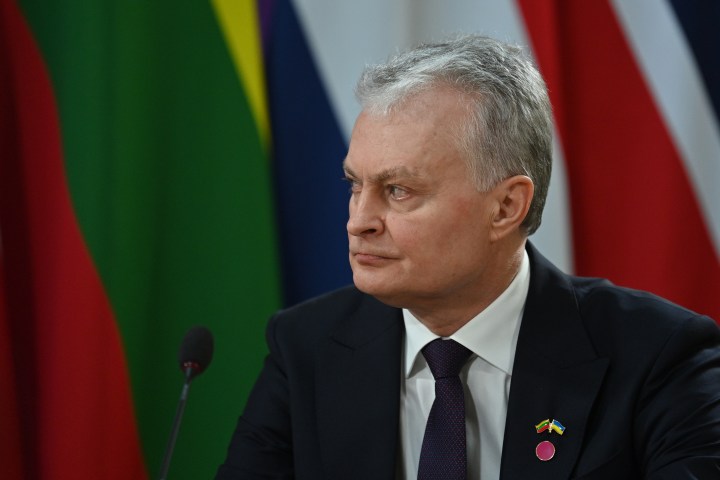 Ukrainian forces, though, are determined to win. But, should they fail, their country’s president, Volodymyr Zelensky has said the three Baltic nations – Latvia, Lithuania, and Estonia – could be the Kremlin’s next targets. The former members of the Soviet Union, which only gained their independence in the 1990s, are members of the North Atlantic Treaty Organization (NATO). That means that according to the key text, enshrined in Article 5 of the organization’s treaty, an attack on one is an attack on all, would apply to Lithuania if it Russian forces invaded it. Still, given their close proximity to Russia, its ally Belarus, and the tense history between the countries, the Baltics have been described as the modern-day West Berlin.

Gitanas Nauseda, president of Lithuania, said its “very likely” his country could be a target.

“We have never had the illusions that we will be forgotten [by Russia],” he said. “And we did a lot in order to strengthen our security: Increase defense spending, invest more into military equipment, and we intend to increase defense spending in the future … because everybody understands the geopolitical situation, the threats, and we can take the decisions without any long discussions [in government].”

In addition to increased domestic spending on defense, President Nauseda said more international sanctions are needed to punish and deter Russia from further aggression. He said his country is prepared to cut off all oil and gas imports from Moscow.

“We are ready,” he said. “It would create some problems, but those problems would not be critical and wouldn’t have that big of a macroeconomic impact. Of course, it depends on time; how long we will need in order to adjust. But I would say, in other words, we are better prepared for such a cut from Russian energy sources than many other countries in the European Union.”

Indeed, Lithuania has been cutting its dependence on Russia for energy in recent years, though Moscow remains a crucial supplier. The country provided 78% of the Baltic nation’s crude oil imports in 2019, down from 98% in 2010, according to data from the International Energy Agency.

As Lithuania and the rest of Europe works to decrease their reliance on Russia, countries across the region are focusing on helping those fleeing the war in Ukraine. President Nauseda’s government had been prepared to accommodate 10,000 refugees when the conflict broke out in late February. But, he said more than 15,000 have come to his country, and that number is “growing by the day.”

People across the country are opening their doors to those looking for shelter and safety, while the government of Lithuania is also helping to provide food, shelter, and long-term job opportunities.