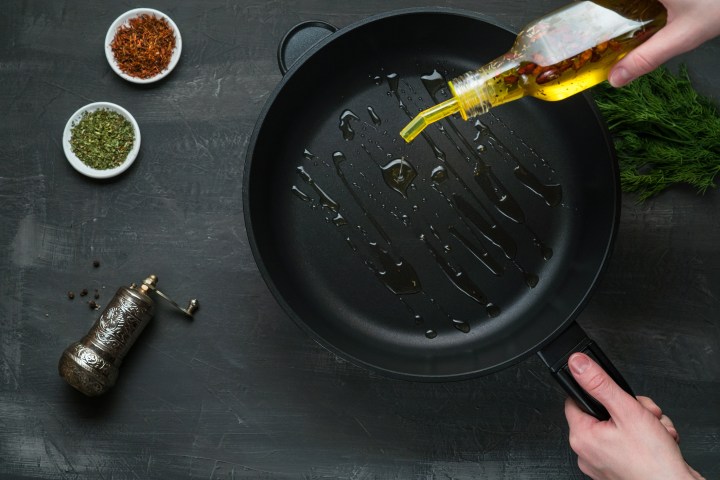 COPY
The Black Sea region accounts for more than half of the world's sunflower oil output and more than three quarters of sunflower oil exports. Evgenii Zorin / Getty Images

The Black Sea region accounts for more than half of the world's sunflower oil output and more than three quarters of sunflower oil exports. Evgenii Zorin / Getty Images
Listen Now

Beyond oil and gas, Russia and Ukraine produce many other commodities. The Black Sea region accounts for more than half of the world’s sunflower oil output and more than three-quarters of sunflower oil exports. But ports in Ukraine have been closed since the Russian invasion began, limiting supply. That has the price of palm oil and other substitutes skyrocketing.

People often use sunflower oil or palm oil for deep frying and sautéing food. It’s used a lot in Eastern Europe, Asia and Africa. But Chad Hart, an agricultural economist at Iowa State University, said it’s fairly easy to substitute one edible oil for another.

“The idea is you can use any of them, you’re just looking for different characteristics,” he said.

Here in the United States, we consume more soybean oil than any other vegetable oil.

Hart said a disruption in any part of the vegetable oil market means American farmers are able to charge more for their soybeans, but farming costs are up for things like diesel to run tractors, and “they’re also seeing higher costs for especially any sort of fertilizers that they use, chemicals that they use.”

And even if you don’t pick up a bottle at the grocery store often, vegetable oil’s in a lot of other products, so scarcity of supply matters.

“Whatever happens in the Ukraine, happens in the world,” said Joe Glauber, a senior research fellow at the International Food Policy Research Institute. Because, he said, commodity markets are global.