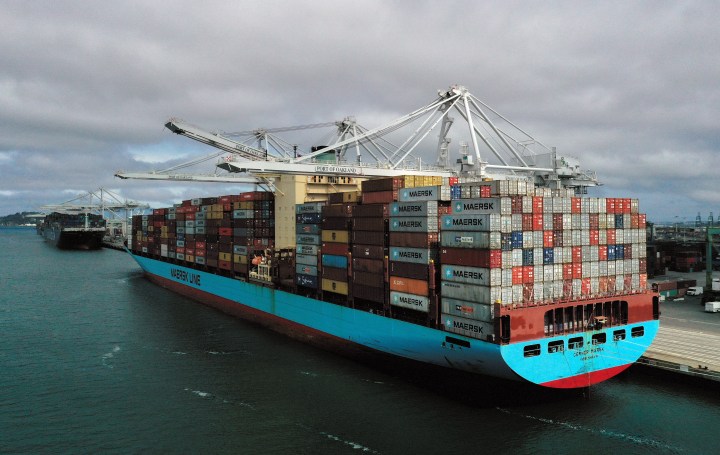 COPY
“It’s hard to do anything that doesn't end up hurting us more than it hurts them," says The New York Times' Paul Krugman. Justin Sullivan/Getty Images

“It’s hard to do anything that doesn't end up hurting us more than it hurts them," says The New York Times' Paul Krugman. Justin Sullivan/Getty Images
Listen Now

Two years ago, former President Trump signed the phase one trade deal between the U.S. and China, stipulating that China would buy an additional $200 billion worth of U.S. goods over pre-trade war levels by the end of 2021. We now know that China bought none of those additional U.S. exports, and didn’t even return to its pre-trade imports of U.S. goods — something that didn’t come as a surprise to many experts, who had long warned the deal was unrealistic and ill-conceived.

Last week the Biden administration criticized China’s failure to live up to its commitments in a report to Congress while also criticizing the terms of the trade deal itself, saying it was “prepared to use domestic trade tools strategically as needed in order to achieve a more level playing field with China.”

What kinds of actions could the U.S. take?

“It’s hard to do anything that doesn’t end up hurting us more than it hurts them. That’s kind of the lesson that we’ve learned from the Trump tariffs and also from everything that’s been going on in the supply chain issues,” said Paul Krugman, Nobel laureate and New York Times columnist who recently wrote about the issue.

Krugman spoke with Marketplace’s Sabri Ben-Achour about the takeaways from the U.S.-China trade war and the domestic politics of lifting Trump’s tariffs. The following is an edited transcript of their conversation.

Sabri Ben-Achour: President Trump, when he was in office, was obsessed with the trade deficit, and that informed this agreement. Economists almost everywhere said he was misunderstanding economics and missing the real issues between the U.S. and China. When you look at the U.S.-China relationship, what do you see as the biggest problem, economics-wise?

Paul Krugman: The biggest problem is not how much stuff, the value of stuff, that we sell. It is that China is pretty clearly, through industrial policy, trying to move in on areas where the United States has an advantage. They have been dubious about respecting intellectual property. There’s basically an attempt to get technology for free that’s been developed elsewhere. So it’s more of a long-term growth strategy conflict rather than anything else.

Ben-Achour: The Biden administration says it is “prepared to use domestic trade tools strategically as needed in order to achieve a more level playing field with China,” but it doesn’t give specifics. What do you think the available options are, here?

Krugman: It’s hard to do anything that doesn’t end up hurting us more than it hurts them. That’s kind of the lesson that we’ve learned from the Trump tariffs and also from everything that’s been going on in the supply chain issues. So really, what we should be doing is investing in the future — we should be investing in infrastructure, we should be investing in education and, with some kind of industrial policy of our own, trying to identify things that are industries or technologies of the future and supporting them. So, at some level, Build Back Better is, in effect, an attempt, among other things, to address the kinds of issues that are real points of conflict between the U.S. and China.

Ben-Achour: You mentioned the lesson has been that the tariffs have hurt the U.S. more than they hurt China. Why do you say that?

Krugman: Well, it turns out that, first of all, Trump’s officials tended to put the tariffs not so much on consumer goods — maybe because they were afraid that people would see higher prices — as on industrial inputs, which ended up making U.S. manufacturing less competitive, not more. So we ended up probably having somewhat fewer manufacturing jobs than we would have otherwise. And now what we’ve seen in the post-pandemic world economy is just how crucial keeping the supply of everything going is. It’s not the case that when we sell something, we win, and when we buy something, we lose. Actually, right now, being able to buy what we want seems to be much more important than how much we’re managing to ship to other countries.

Ben-Achour: Do you think the Trump tariffs are contributing to some of the inflation we’re seeing now?

Krugman: Yeah, a little bit. I mean, even if we took them all off instantly, it would be a fraction of a percent off the annual inflation rate — because if there aren’t enough shipping containers to get any more stuff from China to the United States, then if you cut the tariff, which means that people want to buy more Chinese goods, we can’t get the stuff across the Pacific; we can’t unload it at the ports of Los Angeles. And so, in this very exceptional circumstance, the benefits of cutting the China tariffs right now would probably largely go to shipping companies.

Ben-Achour: Longer term, should President Biden lift those tariffs? And could he lift them, politically, if he wanted to?

Krugman: The tariffs were counterproductive. They’ve been a loss for the United States. But, politically, if I were a Biden advisor, I’d say, “Boy, if you do anything like that, people will be all over you for going soft on China. And are the benefits of lifting the tariffs large enough to justify taking that political risk?” And I would be very dubious about that.