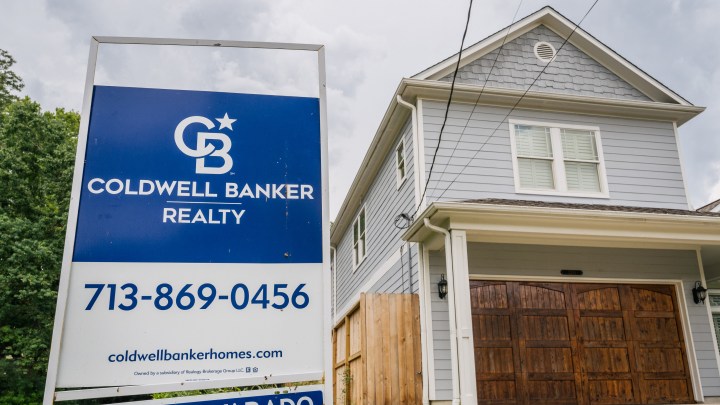 COPY
The cost of homes near good schools and parks are rising faster than homes in other neighborhoods as millennials reach their prime purchasing years. Brandon Bell/Getty Images

The cost of homes near good schools and parks are rising faster than homes in other neighborhoods as millennials reach their prime purchasing years. Brandon Bell/Getty Images
Listen Now

It’s hard enough for would-be homebuyers in this hot housing market, but for families with kids, there are additional factors. They have to think about whether there are schools in areas they can afford — and how good those schools are. Outdoor space, or even access to parks, is also a consideration. And for those resources, they’ll pay a premium.

Home prices are going up everywhere (as we know), but they are rising even faster in neighborhoods considered “family friendly.”

Marcia Brookey and her husband have been hunting for a house in Phoenix for about six months. They’ve been in a rental all that time, hoping prices would drop. But they’ve only gone up.

Her two kids have strong feelings about where they live. “It needs to be close to their friends. And we really want to try not to take them away from their school community at this point.”

But Brookey said most houses for sale near the school go on and off the market before the couple even has a chance to get a showing. Inventory is low, in part, because many empty nesters are not selling and downsizing, per Richard Green with the University of Southern California’s Lusk Center for Real Estate.

“So normally, the stock that would be freed up is not being freed up for families,” he said.

The strong demand and tight supply mean that home prices in family-friendly areas are going up even faster than the rest of the market, according to an analysis from Zillow.

Some first-time buyers are being priced out as a result, said Vivek Sah, director of the Lied Center for Real Estate at the University of Nevada, Las Vegas.

“You’re talking about a much higher down payment requirement. And that’s kind of increasing by the day.”

So is the number of young families looking to buy, said Nicole Bachaud, an economist at Zillow. “We’re going to see the [highest] number of millennials aging into their prime homebuying years, starting at age 32, over the next two years.”

That will lead to even more housing demand in kid-friendly ZIP codes, Bachaud added.