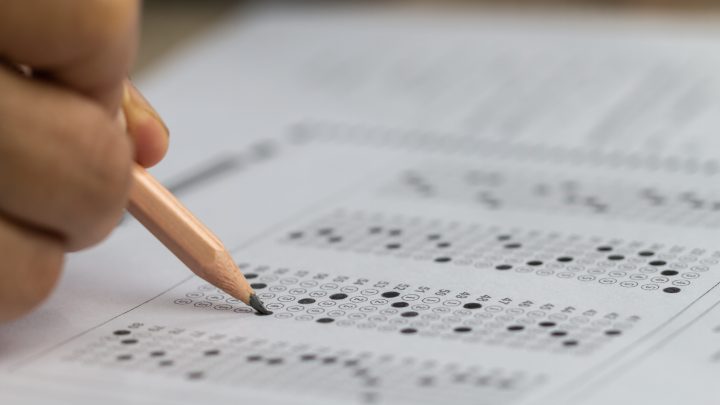 COPY
The College Board announced that the SAT is going digital for good.

The College Board announced that the SAT is going digital for good.
Listen Now

Put down those number two pencils. The College Board announced today that the SAT is going digital. Starting in 2023 internationally and 2024 in the U.S., students will take the test on a laptop or tablet, though still at a school or testing site. The new test will take two hours, down from three.

All those little answer bubbles on the SAT have long been what stand between a kid and college. That, and the $55 test price. Bob Schaeffer at The National Center for Fair and Open Testing says that’s just the start.

“To send extra scores to additional schools costs additional money. To get a copy of your test with the answers so you can learn from the testing experience, that costs $18. To register late, there’s an additional fee,” Schaeffer said.

He said all of this has been lucrative for The College Board and standardized testing company ACT. Until recently, that is, when the pandemic interrupted testing and schools started changing requirements. More than 1,800 schools currently don’t require the SAT.

“That’s more than three-quarters of all four year accredited colleges in the United States,” Schaeffer said.

More colleges are asking if these tests are fair. Studies show low income students tend to score lower than those who have access to test prep programs and tutors, and people who speak English as a second language have a disadvantage. Some argue grades are a better way to evaluate students.

According to Dan Koretz, who researches testing policy at Harvard, there may not be a perfect answer.

“The dirty little secret of college admissions is it’s hard to predict how kids are going to do altogether. It doesn’t matter how much information you have,” Koretz said.

The University of California has permanently removed testing from its admissions process. Other schools, like Emory University, have suspended it temporarily.

“My prediction is that for colleges and universities that have the discretion to make their own test policies, test optional is here to stay,” said John Latting, the Dean of Admission for Emory University.

Test optional — which means the more user-friendly the SAT becomes, the more likely students are to pay for the stress of taking it.