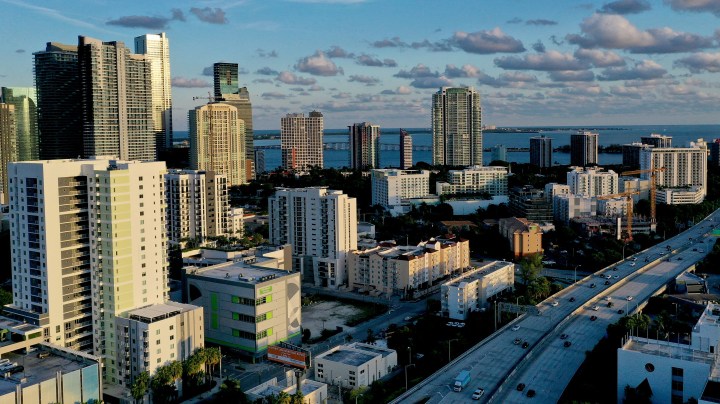 Let’s suppose, for a moment, that the Federal Reserve succeeds in its goal of getting inflation under control.

Does that mean prices for all of the different things we buy will fall back to — or close to — where they were before the current surge?

McBride said this is true whether you’re a homeowner shelling out for property insurance — “you could get a pretty notable increase that puts a squeeze on the budget” — or a renter.

“If you’re in a market where home prices are up 20% or 25%, you may get sticker shock when that lease renewal comes through,” McBride said.

He doesn’t expect that to change for at least another year, no matter what the Fed does next.

But prices for other things we need may respond more quickly because of how the Fed tries to control inflation.

By raising interest rates, the cost of borrowing goes up for consumers, according to Betsey Stevenson, who teaches public policy and economics at the University of Michigan.

“And so the idea is to just lower demand. As people buy less, that will slow the rate at which prices increase,” she said.

The Fed can try to influence that demand, but it has no control over the other thing driving prices up: the supply chain problems that have plagued the economy since the pandemic started.