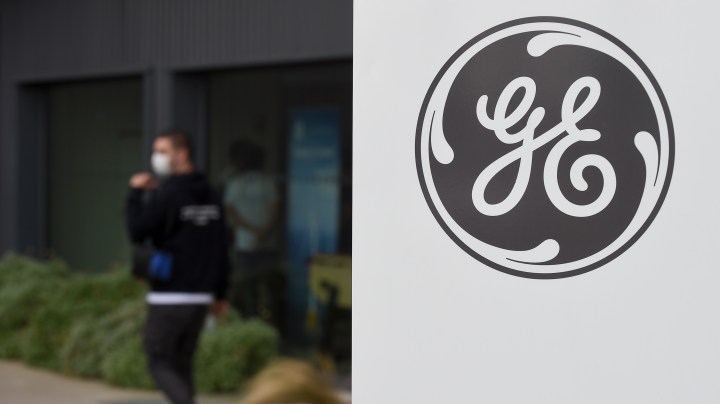 COPY
General Electric said it will end its days as a conglomerate, separating into companies focused on aviation, health care and energy. Sebastien Salom-Gomis/AFP via Getty Images

General Electric said it will end its days as a conglomerate, separating into companies focused on aviation, health care and energy. Sebastien Salom-Gomis/AFP via Getty Images
Listen Now

​It started out as Thomas Edison’s company, after all, and over the next century, it expanded into everything from jet engines to television networks. Its brand identity was so well known that its jingle was written straight into the theme song of a new public radio show about business and the economy that GE underwrote.

​But on Tuesday, GE announced that its long run as a single corporate entity is coming to a close. It will split into three separate publicly traded companies, one focused on aviation, another on health care and the third on energy.

​For 129 years, GE has been poking its entrepreneurial fingers into a number of industries: locomotives, energy, appliances, aerospace, plastics. For a while, diversification worked.

In the early 2000s, GE had a market value of more than $500 billion, per John Joseph, a professor of strategy at the University of California, Irvine. “It was one of the most valuable companies on the planet at that time,” he said.

But then GE made some moves that did not pan out: It invested in financial services. Then came the financial crisis.

“And GE was not spared,” said Peter McNally at Third Bridge, adding that its investments in things like aircraft leasing and industrial and medical financing backfired.

“The company was really hobbled by the financial crisis with a lot of debt,” McNally said, “and it’s taken a long time to sort out the mess that the company had become.”

GE has been sorting out that mess for years now, trying to pay down debt and focus its business. Now, splitting into three will make each of the mini-GEs more agile, said Nick Heymann at William Blair.

“You cannot, like, basically hook all the horses up to the stagecoach and hope to be able to respond as quickly as you could with one horse pulling one wagon,” he said.

GE is not the only corporate behemoth to go this route. Hewlett-Packard did it, as did IBM and Siemens. It’s a trend, per John Joseph, because smaller companies have more flexibility.

“They can kind of pursue their own destiny,” he said.

Then, there’s the stock market. For instance, if GE’s aviation stock sinks, its health care and energy companies can say, “That’s not about me.” That’s why many investors like corporate breakups too, Joseph said.