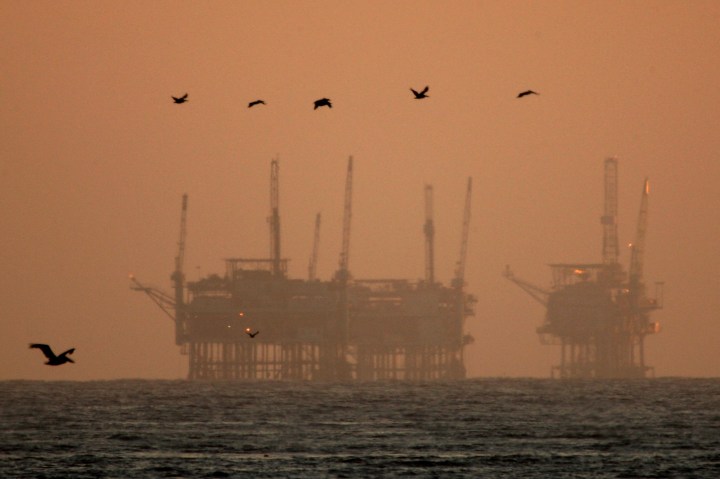 Some lawmakers are calling for a permanent ban on new oil drilling off the West Coast after a recent spill released thousands of gallons of oil into Southern California waters. But what about the aging rigs off the coast of California right now?

California’s offshore oil rigs produce less than 0.2% of all U.S. oil production, according to William Turner, an analyst with Rystad Energy.

But shutting them down would be expensive.

“The decommissioning of the well is making safe the hole that’s going into the ground. Cementing the well so that something doesn’t build pressure and begin to spew out,” he said.

He estimates the whole shutdown could cost $70 million per rig on the low end.

So Turner said oil companies would rather produce what they can from California’s rigs.

But when a spill happens, there are big cleanup costs, and the company may have to decommission the rig anyway, said UC Santa Barbara economist Kyle Meng.

“They can’t pay for it, they go bankrupt. And so then it becomes a public that ends up footing the bill,” Meng said.

Given the risk of more oil spills from aging rigs, he said at this point, the costs of offshore oil exceed any economic benefits for California.