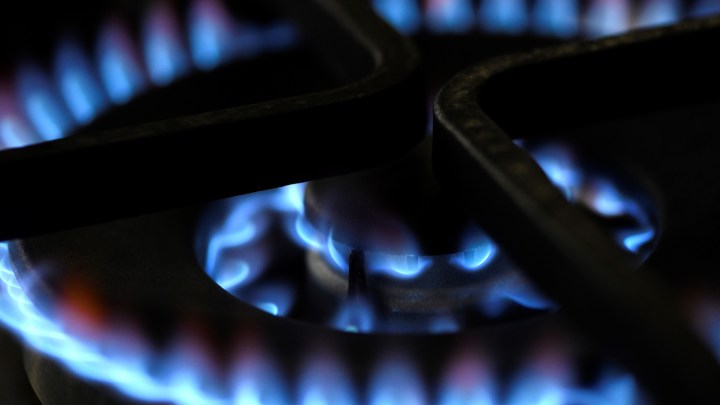 Natural gas prices have doubled since last year, sitting at $5.77 per BTU in the United States. A 100% growth is nothing to sneeze at, but in some parts of Europe, it’s 500% year over year; they’re paying four and five times what it costs here.

We live in a global economy, and those spikes are going to eventually be felt here, too — especially as temperatures start to get lower.

To get to the bottom of what exactly is going on with natural gas prices, you need to go back to about a year ago.

“Asia, in particular, had a cold winter,” said Peter McNally at the consultancy Third Bridge. “There was a big pull on demand. And since then, we have seen pretty much nothing but inventories draw down globally, and supply has been very slow to respond in all regions.”

Inventory here in the U.S. is below five-year average levels, and producers don’t seem too anxious to get more gas onto the market. Oil and gas investors want a return on investment, not more drilling.

Now, the U.S. is exporting more natural gas than ever before, but even if a producer wanted to send more liquified natural gas overseas to cash in, the capacity isn’t there, according to Nikos Tsafos at the Center for Strategic and International Studies.

“We’re maxed out on exports, we can’t export more — no matter what the price is — in Europe,” he said. “The international market is creating a draw on U.S. gas, but that draw would exist even if prices in Europe are half as high as they are right now.”

Tsafos said he believes prices in Europe will actually trend lower in the coming months, as panic buying subsides a bit.

Here in the U.S., a colder than normal winter probably wouldn’t threaten your ability to keep the heat on in your home. But the price spikes could be real, said Jay Hatfield, CEO of Infrastructure Capital Advisors in New York.

And worst case? “During the winter, there will be consumers, depending on what jurisdiction you’re in, that are going to have a 100% increase in their heating bill,” he said.

In the short term, Hatfield said more natural gas pipelines would prevent this supply pinch from happening in the future. But that infrastructure investment would come with a lot of pushback from those urging a renewable energy transformation as soon as possible.