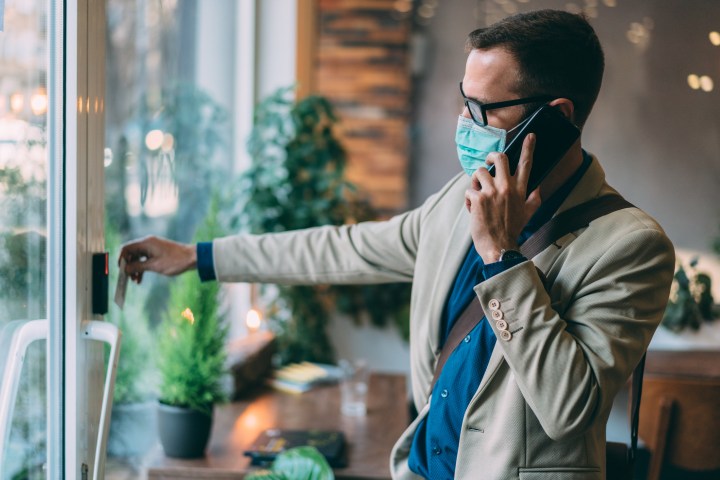 Three times a day, Melissa Van Hagen gets an email with what used to be a very long spreadsheet attached.

Van Hagen is director of facilities and corporate real estate at PriMed Management Consulting Services, which provides back-office billing and accounting services for an HMO.

Ben and the other people on Van Hagan’s spreadsheet are among the employees still coming into PriMed’s main office in San Ramon, a San Francisco Bay Area suburb. Their tracking data comes courtesy of what’s now a fixture of the modern office: the keycard.

Keycards, work ID badges and visitor check-in systems are now as ubiquitously annoying in workplaces as the printer that always jams or the co-worker who heats fish in the microwave.

Not widely used before 9/11

Swiping in and out of the office was a practice in some places before Sept. 11, 2001. But not most.

“The limit to security in a lot of places was probably just the receptionist, if anyone else,” said Lisa Langsdorf, a public relations consultant.

When she was in her early 20s and interviewed for jobs in the summer and fall of 2000 in New York City, getting in and out of office buildings, especially smaller ones, was pretty frictionless.

“I wasn’t exactly going to any important meetings at the United Nations or at Goldman Sachs,” Langsdorf said. “I don’t remember ever having to get my license photo on a sticker.”

That all changed after the attacks. Langsdorf said she went to some offices where “you would actually have to send your stuff through an X-ray conveyer belt. You would get a little pass on a piece of paper and then you would swipe that pass through security.”

But companies all over the country began installing turnstiles, hiring security guards and looking for new ways to ensure their workplace and their workers felt safe.

The market for keycards and ID badges took off.

Brandon Arcement is a senior director of strategy for HID Global, one of the leading players in the now $6 billion “access control” industry.

“Certainly it was an emotional time for all of us. And it was easier for business leaders at the time to justify investments in security,” said Arcement.

Government was a major client. So were universities and hospitals and any place the newly formed Department of Homeland Security deemed a “soft target.”

Building managers could finally convince CEOs to fund big security upgrades, even if their offices were unlikely targets for a terrorist attack.

“In some cases, it is security theater,” Arcement said. “The practical protection is little considering the investment that was given. But theater helps us feel more comfortable.”

Being tracked and added to a spreadsheet? Maybe not so comforting.

Some workers expressed concerns that a pocket-sized device that let your employer follow you through the office was a dangerous invasion of privacy.

Those concerns went the way of the flip phone as more sophisticated surveillance both inside and outside the office became more prevalent.

Still with us though? The awkwardness of office door “piggybacking.”

“We’ve been conditioned now that in the workplace you shouldn’t hold the door open on somebody,” Arcement said. “You see somebody walking up behind you and you close the door really quickly.”

And 20 years on, more fashion-conscious workers still aren’t over what a mandatory company lanyard has done to their outfit.

“We occasionally get some comments on our social media channels even today,” Arcement said. “I just got my third HID card and moved to a new company. And one thing that I continue to hate is how it clashes with my clothes.”

Remote work has allowed employees to put that fashion problem in a drawer the last 18 months. But it has crated a new one for facility directors like Melissa Van Hagan.

“Everybody’s been working from home, and everybody’s decided to grow their hair long,” said Van Hagan. “So we had a gentleman come through and nobody recognized him.”

In the end, Van Hagan said the mystery gentleman was the employee he said he was. And his badge backed him up.