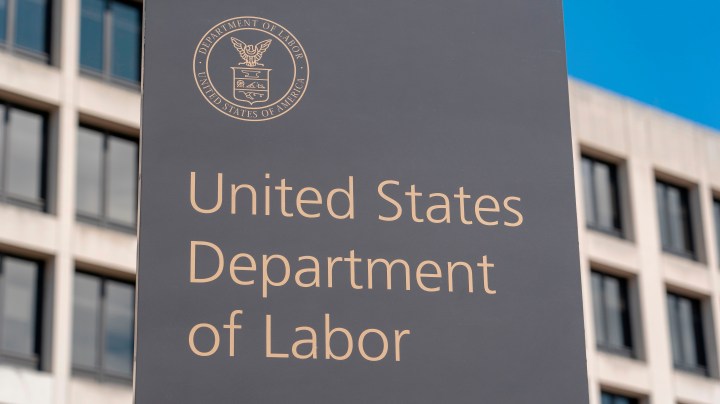 The explosion of joblessness during the pandemic highlighted the cracks in the infrastructure that states set up to take applications for unemployment benefits. Many of those systems are outdated, cumbersome and crashy.

The U.S. Department of Labor is trying to address those problems with a new Unemployment Insurance Modernization unit.

Back in April 2020, when New Jersey was in the grips of its first deadly COVID-19 wave and dealing with a surge of unemployment applications, Gov. Phil Murphy made a plea during a press conference: “Not only do we need health care workers, but given the legacy systems we should add Cobalt computer skills.”

Actually, he meant COBOL — for common business oriented language — which many state unemployment systems rely on.

“COBOL is an old programming language. I think it’s had its 50th birthday. And so it has more than a few gray hairs,” said Martha Coven, a professor of public policy at Princeton who worked on safety net programs in the Barack Obama administration. Many state systems had been sputtering along for years, she said.

“And then when you take an old car, and you patch it together enough times, it suddenly just collapses on the road,” Coven said.

Many unemployment websites are down during certain hours or don’t work on mobile devices, which is how many low-income people access the internet. In some states, workers have to wait to receive a new password by mail to access their accounts.

Some states have already revamped their systems, per Rebecca Dixon at the National Employment Law Project, but “for example, Florida … modernized in a way that they were designed to make it really hard for claimants to navigate the system. So sort of put up roadblocks on purpose,” she said.

The only way to make sure state systems are easier to use, Dixon said, is for the federal government to take the lead.