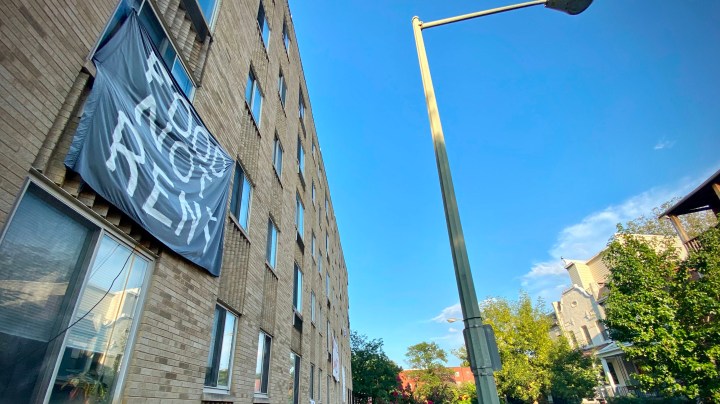 The federal moratorium on evictions, issued by the Centers for Disease Control and Prevention, is set to expire at the end of this month. No more extensions, the Biden administration says. Many cities and states have their own protections that will last longer.

But delays in getting billions of dollars in rent relief to the tenants and landlords who need it could put a lot of people at risk of eviction when those protections expire. Of the $25 billion that Congress passed in December, the Treasury Department said just $1.5 billion had been spent by the end of May.

Tenant advocates, however, are saying there’s something else that could help prevent mass evictions: legal assistance.

Last fall, Deanna Marshall was facing eviction in Philadelphia after a dispute with her landlord about repairs. Her lawyer worked out a deal, buying her more time to find a new place.

Marshall, a former housing advocate, said she probably could have represented herself.

“Unfortunately, there’s something about having legal representation there that makes people take you a little bit more serious[ly],” she said.

Philadelphia is one of a handful of cities and states that recently passed legislation guaranteeing a right to counsel. The law provides low-income tenants, like Marshall, with free access to legal help in eviction cases.

While most landlords come to housing court with lawyers, tenants rarely do, according to John Pollock, with the National Coalition for a Civil Right to Counsel.

New York City passed right to counsel legislation in 2017. Since then, more than 85% of tenants with representation have been able to stay in their homes, said Jenny Laurie of the nonprofit Housing Court Answers.

“And during the pandemic, you can count on the fingers of maybe two hands now the number of tenants who have been actually physically evicted from their apartments,” Laurie said.

Washington became the first state to pass the right to counsel this spring. He said his group actually supported the measure.

“Resolution is often easier when both parties are represented,” he said, “because the tenant feels like they have someone in their corner and can help them get to that resolution quicker.”