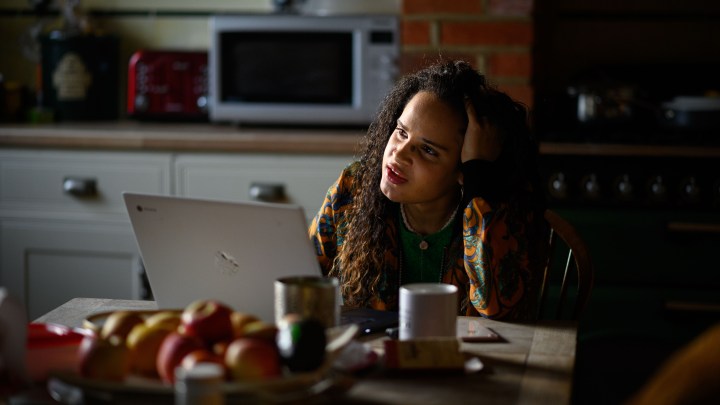 COPY
Boot camps, certificates and other short-term programs have a mixed track record when it comes to getting people jobs that pay well, though they may be a solution for some looking to reenter the workforce. Leon Neal via Getty Images

Boot camps, certificates and other short-term programs have a mixed track record when it comes to getting people jobs that pay well, though they may be a solution for some looking to reenter the workforce. Leon Neal via Getty Images
Listen Now

As the country emerges from the pandemic, employers need people to get back into the workforce, and quickly. Meanwhile, many workers want to up their skills to get better-paying, more satisfying jobs, without necessarily investing the time or money in a two- or four-year degree.

One solution is short-term training programs, like certifications and online boot camps. Some members of Congress want Pell Grants to be used to help pay for them. Are they worth it?

Elah Moshtagh moved to Los Angeles from Iran in 2014 with a degree in materials engineering and 15 years of work experience. “I sent my resume to many, many companies,” she said.

Most of them didn’t even respond. “I had only one phone interview, and the interviewer asked me if I had a specific certificate in the field of project management.”

Moshtagh didn’t. So, she decided to do some training courses to beef up her resume. She took an online marketing course and a home improvement sales course; she also got a web designing certificate.

“I was desperate to find a job, any job,” Moshtagh said.

In total, she said spent about $1,500 — and still couldn’t find work. Moshtagh said she was exhausted and confused. And she was faced with hundreds of thousands of different types of short-term training programs to choose from.

These programs, which can take anywhere from a few days to a year, include certificate programs offered through community colleges, boot camps in cybersecurity and web development, and digital badges from companies like IBM and Google.

The payoff of short-term credentials varies widely. The think tank New America recently analyzed data on short-term training programs in Washington State and found that, on average, trainees got jobs that paid more than the minimum wage but not enough to support a family.

Other research has shown that most short-term credentials lead to a much smaller earnings bump than an associate’s degree or a bachelor’s degree and that Black and Latinx workers are over-represented in these short-term programs. Still, short-term training can help people get their foot in the door or earn money while they further their education.

“The value of a short-term credential is that it’s much more economically feasible for students, regardless of age and background,” said Heddy Nam, senior director of workforce development for the nonprofit education group UNITE-LA.

That’s important, Nam said, because in today’s rapidly changing economy, people of all ages and stages in their career need frequent training to stay relevant. But they should be able to stack that training into an ever-more successful career, Nam added, “so that you have a seamless pathway if you want to pursue learning over the course of your life and increase your income,” she said.

Right now, only some short-term credentials offer that pathway. It’s hard to figure out which ones are dead-ends and which are roads to success.

“Wouldn’t it be great if there was a Google Maps for your career?” Nam said, “where you say, ‘I’m here and I want to go here,’ and you could be like, ‘Here’s an alternate pathway. Here’s another alternate pathway.'”

Nam is actually working with a nonprofit, Credential Engine, on the backend of what could eventually become this career app. They’re collecting information on short- and long-term credentials in order to build an open-source data registry. Then, ideally, app developers come in and build something that people like Elah Moshtagh could use to navigate their options.

Moshtagh eventually figured out that what she really needed was a U.S. high school diploma. She earned one, and then got a job at T-Mobile, got promoted, and the company helped pay for her to do a Master’s program in business administration.

“I’m so happy that I accomplished this,” she said. But without good guidance early on, she said, her route to a new career was much longer and curvier than she had hoped.