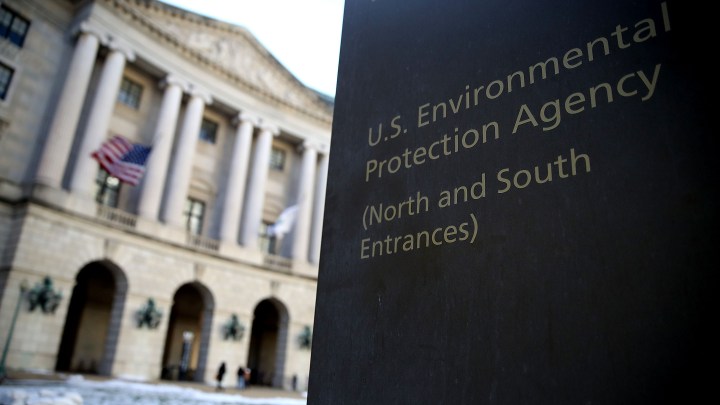 COPY
Revenue from a new excise tax on chemicals like Benzene and Mercury would go into the Environmental Protection Agency’s Superfund to clean up hazardous sites. Justin Sullivan/Getty Images

Revenue from a new excise tax on chemicals like Benzene and Mercury would go into the Environmental Protection Agency’s Superfund to clean up hazardous sites. Justin Sullivan/Getty Images
Listen Now

The bipartisan infrastructure deal the Biden administration is trying get done offers environmentalists a shot at something they’ve spent decades lobbying to restore: a tax on toxic chemicals that expired in 1995. Revenue from a new excise tax on chemicals like benzene and mercury would go into the Environmental Protection Agency’s Superfund to clean up hazardous sites.

If a toxic landfill or contaminated groundwater needs to be cleaned up, the EPA’s Superfund can typically force the polluting company to pay for it.

But if that company’s been gone for 30 years, the question of who pays can be problematic, with local, state and federal agencies playing hot potato with the bill.

One of the infrastructure deal’s “pay-fors” would reinstitute excise taxes on a group of chemicals including ethylene and chlorine.

The federal government used to levy taxes on the oil and chemical industries to fund clean-ups for Superfund sites without a viable payer. But in 1995, Congress allowed the taxes to expire, and over time Superfund funding has declined.

“The biggest reason that it’s been hard to get these taxes back on the books is because of where these sites are located,” said Roberts. “They’re located in politically underserved communities, where it’s poor, Black, brown and poor white communities.”

Ross Eisenberg, vice president of federal affairs for the American Chemistry Council, which represents industrial chemical makers, argued reimposing excise taxes would simply raise the price of their products. Which in turn would raise the price of the very infrastructure the Biden administration wants to build.

“All of these products on this list go into batteries for electric vehicles and infrastructure components, whether it’s wood or PVC or steel,” Eisenberg said.

Eisenberg added that many of the “orphan” Superfund sites, like abandoned mines, aren’t toxic because of companies his organization represents.