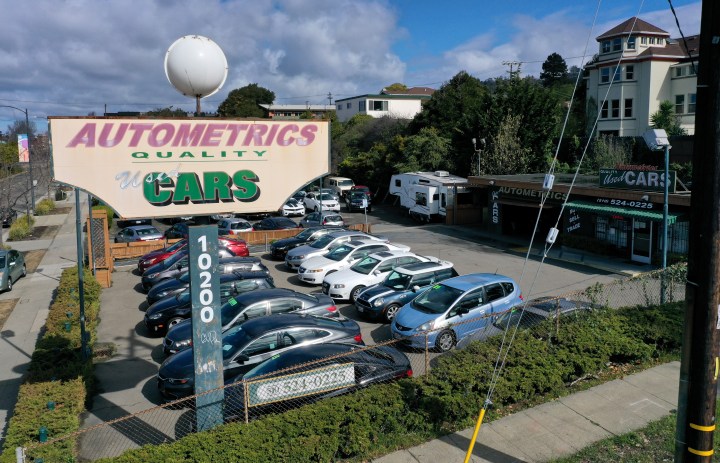 Months of low new-car inventory, courtesy of the semiconductor shortage and other supply chain problems, is tilting the balance of power in dealer showrooms.

Data from the auto research site Edmunds reveals that so far this month, new-car buyers on average paid just $515 below sticker price, the smallest discount since at least 2016.

That means car salespeople aren’t asking buyers whether they want add-on features and accessories. It’s often, take the extended warranty or leave the car on the lot — someone else will buy it.

“Extended warranties, undercoating, things of that nature,” said Ivan Drury, who analyzes new-car buying trends for Edmunds. “Yes, they will pressure you into buying those. They naturally do anyway, but in this case they have more flexibility than usual.”

If prospective buyers think they can just head to a dealership two counties away for the last Ford F-150 laying around, they’ll have to think again.

“They might not sell a car to you if you’re coming from 150 miles away,” Drury said. “They make their money based upon not just sales, but service. They know you’re not coming back for that oil change.”

Sure, you can keep the jalopy running another few months and wait out the insanity. But that wasn’t really an option for Nina Anziska, who relocated to Los Angeles from New York City during the pandemic to be closer to family.

She leased a Volkswagen two weeks ago. Before that, she was sharing a car with her brother. Which often meant she had to use Uber.

“Looking at the Uber bills in the last couple of weeks, we realized that we’re probably spending as much as we would on another car,” Anziska said.

Anziska probably could get a better deal a year from now if she waited.

But remember, there’s a shortage of Uber drivers too.