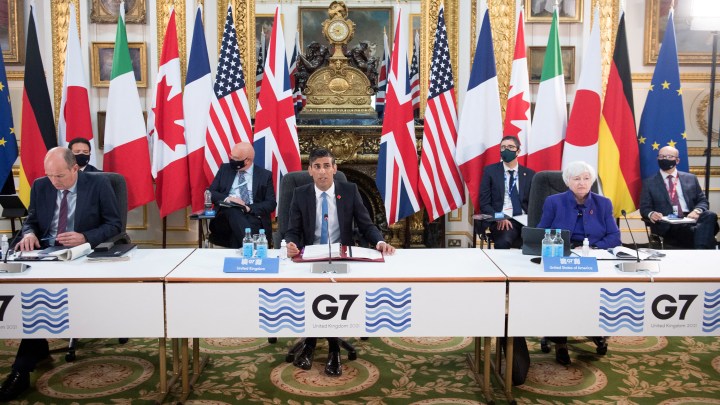 Representatives from G-7 countries — including the United States, the United Kingdom, France and a few others — agreed over the weekend to back a minimum corporate tax rate of 15%. That would be a global minimum tax rate, which has a long way to go to get from theory to reality. But behind that theory is hundreds of billions in potential revenue from multinational corporations.

A 15% minimum global tax rate is really about fairness, said Sebastian Mallaby, senior fellow for international economics at the Council on Foreign Relations.

For instance, you and I pay taxes based on where we live, “but corporations have this magical ability to globe trot and locate the legal presence of their profits wherever they feel like it,” Mallaby said.

Locations like Luxembourg or the Cayman Islands — countries and territories that for decades have been using near-zero tax rates to lure companies, their workers and their investment.

“So the idea of a 15% minimum tax would just discourage companies from moving that offshore,” said Ruth Mason, a law and taxation professor at the University of Virginia.

Mason said, in theory, all countries would stand to benefit from a global minimum tax, even small, developing countries that have been trying to lure corporations with low taxes.

“If you have to pay 15% wherever you are, than that gives the developing country room to tax at 15,” Mason said,

American companies — big beneficiaries of the current system — might not want to go to the trouble of, say, creating an offshore shell company if it won’t save them as much in taxes, Rogoff said.

“So the hope is we’ll keep more business in the United States, [and] be able to collect more corporate taxes, even though other countries will also get some of the benefit,” he said. Rogoff added that countries around the world are trying to expand social services, improve their infrastructure and tackle inequality. Raising more revenue from corporations is one way to do that.