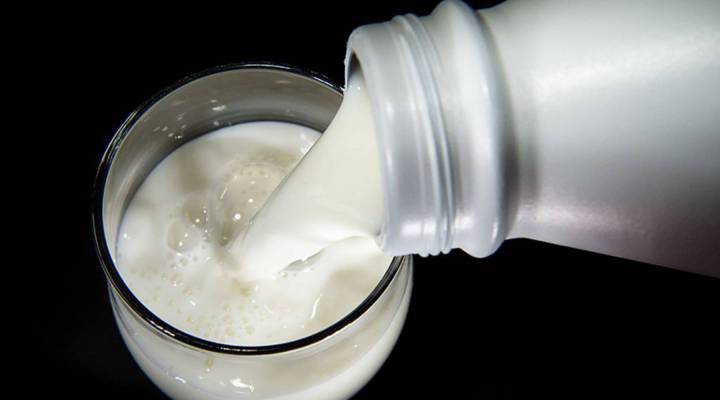 COPY
Oatly, the Swedish maker of oat milk, will start selling shares to the public on Thursday, in an offering expected to value the company at $10 billion. The market for milk substitutes has been growing rapidly, with Nestle just releasing its own version made from peas. PHILIPPE HUGUEN/AFP/Getty Images

Oatly, the Swedish maker of oat milk, will start selling shares to the public on Thursday, in an offering expected to value the company at $10 billion. The market for milk substitutes has been growing rapidly, with Nestle just releasing its own version made from peas. PHILIPPE HUGUEN/AFP/Getty Images
Listen Now

Oatly Group, the maker of a popular oatmilk, is expected to start trading publicly Thursday on the Nasdaq, under the ticker OTLY. The Swedish company aims to raise more than $1 billion in its IPO, which would value the entire company at roughly $10 billion. It’s a sign of just how the market for plant-based food alternatives has grown in recent years.

What used to be known as the dairy aisle at many supermarkets now features several refrigerated cases of milk alternatives, made from oats, almonds, coconut and soy.

“You can tell how much money these products must be generating by the extraordinary amount of supermarket real estate that is devoted to them,” said Marion Nestle, professor emerita of nutrition, food studies and public health at New York University.

Sales of plant-based milk alternatives totaled $2.5 billion in 2020, according to the Plant Based Foods Association, up 20% from the year before.

Concerns about health and the environment are driving much of the growth in plant-based foods, Nestle said, “and they are apparently an adequate enough substitute in taste and texture that people are willing and happy to buy them.”

About 20% of U.S. adults say they’re trying to include more plant-based options in their diet, said Darren Seifer, a food and beverage industry analyst with the NPD Group. But traditional dairy milk is hardly going away.

But even the world’s largest food company is betting that share will keep growing. Nestlé just announced a new milk alternative, so far just in Europe, made from peas. 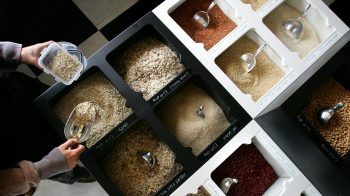