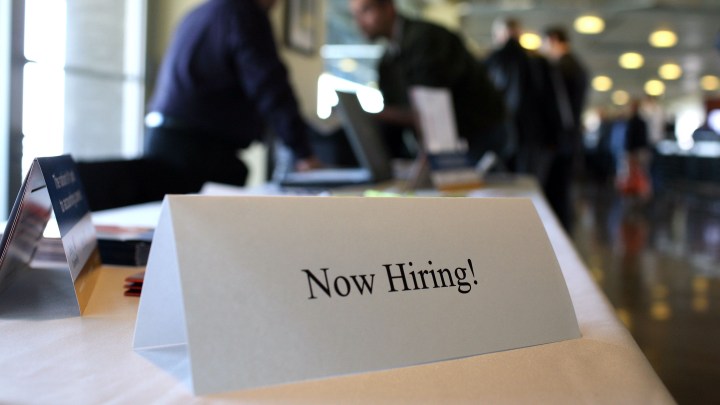 We got some signs Thursday that the economy — and particularly the job market — is improving: Last week, initial claims for state unemployment benefits fell under half a million for the first time since March 2020. Continuing claims also dropped sharply.

But, increasingly, employers and trade groups are complaining loudly and persistently that they can’t find workers to hire — that an acute “labor shortage” is developing.

There are a lot of reasons for that. Some workers who lost or left jobs during the pandemic are still scared of returning because of COVID-19. Or they have schooling and caregiving responsibilities.

And what else is going on?

About that loud and persistent complaining that employers can’t hire the workers they need, don’t just take our word for it.

“We don’t expect that’s going to abate in the near future. And it’s across many, many different occupations,” he said.

Wahlquist said a lot of potential workers aren’t ready to get a new job yet. Maybe they’re not vaccinated or have kids stuck at home.

He said many older, skilled workers may not be coming back. “Baby boomers who were nearing retirement or working perhaps beyond traditional retirement — many of them have left the workforce altogether.”

And so companies are recruiting, loudly and persistently.

“Everywhere you drive, you see help wanted signs,” said Michael Gritton, who runs KentuckianaWorks, which calls itself the workforce development board for the Louisville region.

But Gritton doesn’t see this as a classic labor shortage — it’s more a matter of time. “The return of workers is going to be gradual, so there’s a mismatch between what employers want and the speed with which people are going to come back to the labor market.”

There’s another mismatch, said Heidi Shierholz at the progressive Economic Policy Institute, between the pay employers are offering and the pay workers are willing to take.

“If an employer posts a job and then they can’t find the workers that they need, that just means there’s a labor shortage of people who will work at that wage,” she said.

In a really tight labor market, as Federal Reserve Chair Jay Powell recently pointed out, wages would be rising.