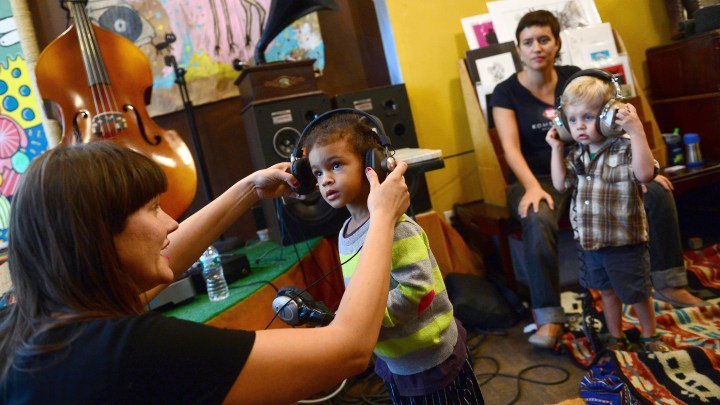 COPY
During the pandemic, "there was a greater recognition for employers in the business community that child care is really the workforce that supports all other workforces," says Cindy Cisneros of the Committee for Economic Development. Emmanuel Dunand/AFP via Getty Images

During the pandemic, "there was a greater recognition for employers in the business community that child care is really the workforce that supports all other workforces," says Cindy Cisneros of the Committee for Economic Development. Emmanuel Dunand/AFP via Getty Images
Listen Now

It’s a big week in Washington. Friday marks President Joe Biden’s 100th day in office, and on Wednesday, the president is giving his first joint address to Congress, where he’s expected to roll out the next part of his big infrastructure initiative: the American Families Plan.

And with this, like other administration pushes thus far, the Biden team is asking folks to look a bit differently at what needs to go into the economy to get a robust and equitable outcome.

One of the key things we’re hearing about the American Families Plan is that it calls for major additional investment for kids, like pre-kindergarten and more child care support — all part of the Biden administration’s argument that these things are necessary for a well-functioning economy.

Especially given what the pandemic revealed, said Cindy Cisneros, vice president for education programs at the Committee for Economic Development.

“I think there was a greater recognition for employers in the business community that child care is really the workforce that supports all other workforces,” she said.

This isn’t a new idea, but there’s a lot more support for it than in the past, said Stew Friedman, a professor emeritus at the University of Pennsylvania’s Wharton School.

“The pandemic had a huge role in reshaping how American parents think about the needs that they have from government to help educate and take care of their kids so that they can work,” Friedman said.

For many parents, this was no secret.

But now, even more people recognize how hard it is to juggle remote learning or other child care duties while trying to work.

But whose job should it be to help? The private sector? States? Extended family?

“I think fundamentally, what has changed is that the pandemic has actually opened the door and given an opportunity for Democrats to make the case that this is a role for the federal government,” said Veronique de Rugy, a senior research fellow at the Mercatus Center and an adjunct scholar at the Cato Institute.

It’s a case many Republicans, and some Democrats, dispute vigorously.