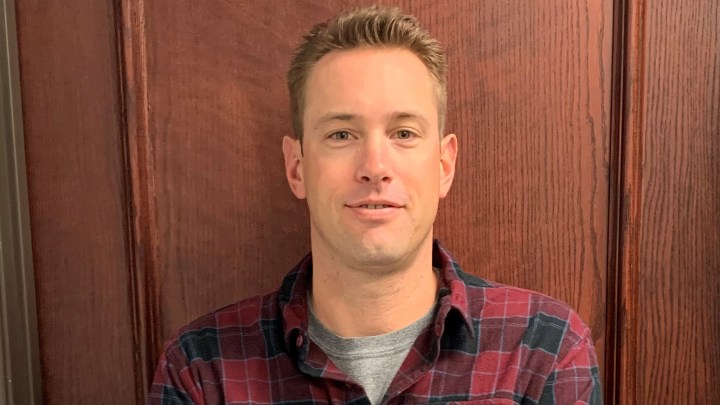 “Folks were very wary of having anyone in their home,” Hess said.

Although it was tough at the beginning, Hess’ business has picked up. He believes people are becoming more comfortable having workers in their house. Also, tourism in Las Vegas is slowing coming back.

Now Hess is trying to decide whether to hire more employees to keep up with the demand or maintain the number of workers he has now.

“Marketplace” host Kai Ryssdal spoke to Hess about going through a growth period during the pandemic.

Kai Ryssdal: Here we are, a year into this thing, a little bit more now, actually. How’s business?

Brad Hess: Better than ever, actually.

Hess: Yeah. So my business opened up in July of 2019, with just two employees — started growing and adding employees and got up to six employees by March of 2020. And then, you know, as COVID hit, and the lockdown happened, and I had to lay off four of those six employees — could barely keep two busy. And now we’re … up to 10.

Ryssdal: How did you get through the past year though? Did you get a [Paycheck Protection Program] loan? Any kind of other help? And more importantly, what business were you doing? Because I can’t imagine people wanted you in their homes fixing, their, you know, washer, dryers.

Hess: Yeah, so we did get a PPP loan and an [Economic Injury Disaster Loan] grant. And those two were very instrumental in pulling us out of the worst of times. And we were very slow, because folks were very wary of having anyone in their home. And so handyman services and home repairs, the kinds of jobs that we were seeing, were just that — they were repairs, they were not discretionary things. We weren’t hanging a lot of brand-new TVs; we were more fixing things that had broken.

Ryssdal: Yeah. So here comes the microbusiness-business-model question: At what point are you going to be able to transition from surviving and hanging on by your fingernails to actually growing your business, as you know, the trajectory you were on before all this happened?

Hess: I think that we are in growth mode already. And we’re to a point where actually I’ve paused growth a little bit to focus on efficiency and operating an excellent business at the current size that we’re at, and we’ve got a lot of demand at this point. We’re fixing a lot of projects that people undertook themselves while they were, you know, at home for long periods of time. And I think that the discretionary projects are coming back, and we’re seeing a lot of that.

Ryssdal: Are you able to find people to go to work for you? Do you have, you know, the caliber of handyman and handywoman that you want?

Hess: That is always a challenge, and it’s more challenging than ever. There are people willing to work. And I do notice a lot of people who are new to town, because a lot of people have been moving to Las Vegas in the past year because remote work, they’re moving from California, the cost of living is a lot less here. There are a lot of people that are capable of the average stuff. But to get the high-quality person, I think, a lot of those people already have good jobs because there’s, despite everything, a tremendous amount of growth going on as far as new construction of single-family homes and apartments and condos in Las Vegas due to the high number of people that are moving here. The inventory, real estate-wise, is lower than it’s ever been.

Ryssdal: If I’m a qualified and experienced handyman, and I come to work for you, how much money am I going to make?

Hess: Depending on your skill level, the tools that you bring to the job and the experience, somewhere between $23 to $27 an hour, plus tool and travel fees.

Hess: I like to provide a good place to work. And I do believe that you’ve got to pay for the amount of skill that you want to bring to the team because I also want to retain those employees.

Ryssdal: You know, one of the things we’ve talked about on the show a lot lately is pent-up demand. I’m going to imagine you’re banking on that, right? There are people who just want to get stuff done and fixed, and they’ve been holding off. And now’s the time, or soon anyway.

Hess: Absolutely. And we’re seeing an increase in business because I think we’re seeing an increase in, you know, people being comfortable with a stranger in their home. And this is something I talk about with my team a lot is, like, what we do is very personal. We’re in people’s homes, we’re in their bedrooms and their bathrooms. And they may feel comfortable going out to a restaurant with a mask on, but having someone in their home is a whole other story. And I do think that there’s a lot of pent-up demand. And so the future does look bright at this point.