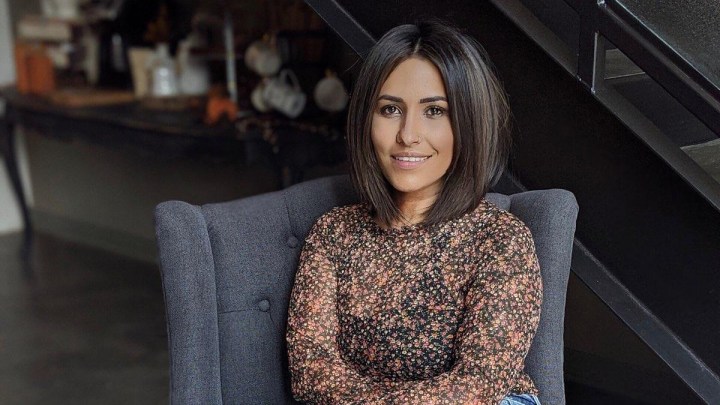 COPY
"I actually sold my $12,000 anniversary ring to put towards the business," Ashlie Ordonez says of keeping her Denver salon, The Bare Bar, afloat. Courtesy of Ashlie Ordonez
COVID-19

"I actually sold my $12,000 anniversary ring to put towards the business," Ashlie Ordonez says of keeping her Denver salon, The Bare Bar, afloat. Courtesy of Ashlie Ordonez
Listen Now

Ashlie Ordonez has worked in the beauty industry for more than seven years and has dreamed of opening her own salon. And she did, but as it turns out, it was pretty bad timing.

Ordonez was getting ready for the grand opening of The Bare Bar in Denver where she would offer services including body waxing, facials and lash and brow treatments. She signed a four-year lease in mid-February 2020 and had planned to open her doors to the public on March 21, giving herself a few weeks to build out her salon. But just days before the grand opening, Colorado, along with other states and local governments across the country, started ordering nonessential businesses temporarily closed to help stop the spread of the coronavirus pandemic.

“I could have never predicted that it would be this bad,” Ordonez said.

She started off with seven employees, but that changed.

“We are down to just two, myself and one other employee,” she said.

“Marketplace” host Kai Ryssdal spoke to Ordonez about what it means to run a microbusiness during this time. The following is an edited transcript of their conversation.

Kai Ryssdal: So, we should say you’ve been in the beauty business for a long time. You started your shop end of 2019/beginning of 2020, which in the annals of business timing is terrible. How long did it take you to realize that things were going to be bad?

Ashlie Ordonez: I think I had, like, this inkling kind of as soon as we closed everything down, and we were in red on March 17. And we were, you know, forced to close. It definitely gave me a sense of like, “Oh darn, this is really bad timing.” But I had enough in savings that I was like, “We’re going to make it through, we’re just going to be tight at first.”

Ryssdal: And I don’t necessarily need to know the numbers, but I imagine you’re losing money every month. I mean, you can’t possibly be making money even with only two people.

Ordonez: It is so crazy to see where we were to where we are right now. Yeah, it’s substantial. We’ve been highly impacted. And I could have never predicted that it would be this bad.

Ryssdal: Did you apply for a [Paycheck Protection Program] loan in the first round?

Ordonez: I did, I applied for that, and the [Economic Injury Disaster] Loan, and I was denied for both because of timing,

Ordonez: So unfortunately, the way the PPP has been stipulated, I had to have been in business and taking clients by Feb. 15. But unfortunately, I signed my lease on Feb. 14, so I had to build out my studio, but I was already locked into my lease. So it’s like a four-year lease that I was already locked into. We were actually supposed to open on March 21, was going to be our grand opening. But then we got that news, and that we were in the red zone, and that we had to close everything until further notice. So because I hadn’t been able to take clients, because we had just opened and we had to build out, they just said that I didn’t suffer an economic disaster. Which is just crazy to be told that when you’re locked into something, there’s no way out of it. But you’re also forced to be closed for three months. It’s just a huge blow to the business.

Ryssdal: Do you think — and look, I get that you are as a small business owner trying every day to figure out ways to make your business survive this — but do you do you think people are paying attention to you and the other microbusinesses out there in this economy?

Ryssdal: Yeah, I’m sure it is. How have you kept this business open? Are you piling on your own credit card debt? Have you mortgaged your house? I mean, what are you doing?

Ordonez: That is the next step. So I actually sold my $12,000 anniversary ring to put towards the business. And at this point, yes, I actually have a meeting later today with my bank to try to get a line of credit. So hopefully we can get approved for that so that we don’t have to close permanently.

Ryssdal: Yeah. Have you thought about your shutting it down and walking away?

Ordonez: Yes. I had the conversation with my husband this morning, which is a really heartbreaking decision to talk about. We actually sold our house to open this place, which was over a 4,000-square-foot home, and we just moved into like a 1,900-square-foot home. So we already sold one home to live out this dream of opening our own place. So the thought of selling another home just doesn’t really seem like an option for me. I feel like my family has already sacrificed enough.

Ryssdal: Yeah. How much longer you can give it, Ashlie? 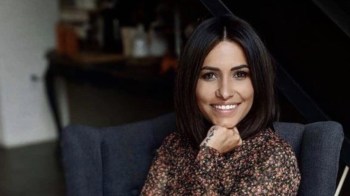