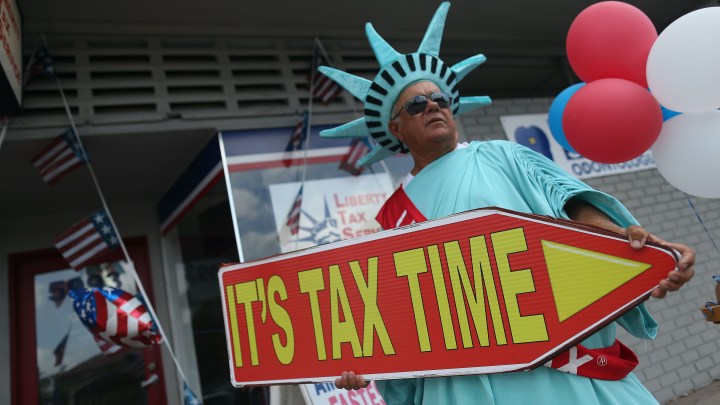 COPY
Filing your taxes electronically and early could raise the odds of getting a relief check based on your 2020 income, according to Janet Holtzblatt of the Tax Policy Center. Joe Raedle/Getty Images
COVID-19

Filing your taxes electronically and early could raise the odds of getting a relief check based on your 2020 income, according to Janet Holtzblatt of the Tax Policy Center. Joe Raedle/Getty Images
Listen Now

Tax season officially opens at the end of the week. The IRS will start accepting and processing 2020 returns on Friday the 12th, which is later than usual.

A lot of people whose income fell last year will finally get their first and second relief checks when they file their taxes.

As for the next round of relief payments that Congress is debating right now — that additional $1,400?

Who gets them and when could be complicated by this year’s tax season.

Many people who lost their jobs in 2020 because of COVID-19 still haven’t received any relief payment.

That’s because the first two checks, at least initially, were based on pre-pandemic income from 2018 or 2019.

Those people can get their checks now, said Kris Cox, deputy director of federal tax policy at the Center on Budget and Policy Priorities.

“Anybody who didn’t receive their initial stimulus payments should file a 2020 tax return in order to claim their payments from March and December last year,” Cox said.

Whether the next round of payments, the one Congress is debating, will be based on 2020 returns will depend on the legislation, said Janet Holtzblatt, a senior fellow at the Tax Policy Center.

“But if it’s set up the same way as the first round of payments were last spring, then it will be based on the possibility of two different years,” Holtzblatt said.

Congress will likely try to get the IRS to process the next round based on people’s 2020 returns, said Francine Lipman, a law professor at the University of Nevada, Las Vegas. “But if you just look at the timing, it’s gonna be difficult, right? To process 180 million tax returns,” Lipman said.

And try to get millions of payments out based on those returns.

Holtzblatt said there’s no guarantee for people who are hoping to get a relief check based on their 2020 income, “but there is a way to increase your odds. The way that you increase your odds is by filing electronically.”

And, she said, by filing as early as you can. 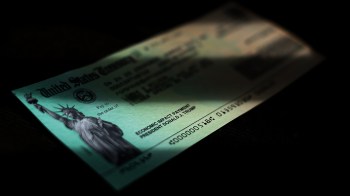