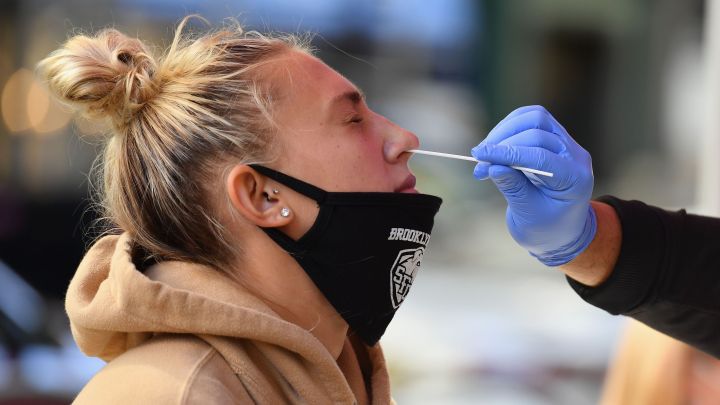 COPY
Coronavirus testing will remain essential in the United States and around the world, even as vaccines go into people's arms. Angela Weiss/AFP via Getty Images
COVID-19

Coronavirus testing will remain essential in the United States and around the world, even as vaccines go into people's arms. Angela Weiss/AFP via Getty Images
Listen Now

Once a week at Washington International School, a private institution in northwest Washington, D.C., more than 1,000 students, teachers and staff members line up for COVID-19 testing.

One day last week, a bunch of first graders stood in the main hall, reasonably still, as a boy named Joshua stepped forward to explain the exercise.

“So they put a swab in your nose and they turn it around,” Joshua said. “They spin it in. And it tickles.”

Joshua tromped over to the school nurse, who stuck a tiny swab up his nostril, spun it around and counted to 10 before removing the swab.

After she swabbed the other nostril, he sneezed three more times.

“We plug this in for about 27 minutes,” Zike said. “If it’s negative, we’ll get a purple line right here. And if it’s positive, we get two lines.”

This is called “pooled testing,” an approach several schools are trying out, in which multiple samples are tested collectively. Pooling is an example of a coming “avalanche” of innovative COVID-19 testing technologies and ideas coming in 2021, said Mara Aspinall, professor of practice and co-founder of the biomedical diagnostics school at Arizona State University.

Coronavirus testing will remain essential in the United States and around the world, even as vaccines go into people’s arms, because many will decline the shots and new variants of the virus, including one from South Africa, are spreading.

“Information is the most important asset we have in this fight,” Aspinall said. “The only way to get that is through testing.”

Pooled testing lets the school monitor lots of students and teachers who have no symptoms but could be carriers. The concept of pooling, which began with collective tests to screen American troops for syphilis during World War II, is now being tried in a COVID-19 context around the world, including Rwanda and South Africa.

In one study of pooled testing in a school setting, 51% of the students who tested positive turned out to be asymptomatic.

“We can get on average seven to eight people per test, every week,” said Dr. Ethan Berke, chief public health officer at UnitedHealth Group and designer of this testing pilot. “And that gives us a huge efficiency gain in resources and costs.”

Here’s the catch: If one pod tests positive, then every kid in that pod gets sent home and has to schedule an individual test. It’s a pain. The greater good, however, is that the school can remain a COVID-free zone.

“So it’s a little less about diagnosing the individual, and more about keeping the school and community carrying on,” Berke said. “And that would apply to a business or a factory or a flight crew as well.”

The economic argument for pooling is that this kind of mass testing can keep schools open, letting more parents get back to work. Still, the concept was a tough sell at the outset for some at Washington International School, as it did not involve a professional lab.

“And you know, there’s that awkward thing of, ‘I’m about to pick my nose in front of my boss.'”

“I was a little skeptical as to who was going to oversee it, what was going to happen if we were kind of new in the process,” said Molly Foa, another nurse at the school. “And it has been a huge surprise to me that it has run as smoothly as it has.”

Pooling hasn’t run perfectly everywhere. Schools in Sharon, Massachusetts, just south of Boston, are trying out collective tests as well. But adults are the issue. They struggled with swab placement.

“To not have a mirror in front of you to be able to find where your nose is, sometimes it’s hard,” said Meg Dussault, acting superintendent of the school district. “And, you know, there’s that awkward thing of, ‘I’m about to pick my nose in front of my boss.’”

Pooled testing does have its limits. In places where the pandemic is raging, many pools would turn out positive, requiring follow-up tests on individuals, draining scarce supplies. At Vanderbilt University Medical Center last week, nearly 18% of COVID-19 tests turned out positive.

“At that positivity rate, there’s no value in pooled testing,” said Romney Humphries, director of the clinical microbiology lab at Vanderbilt.

And large testing labs, already overloaded with COVID-19 testing, aren’t set up to combine samples and names and track everything.

“To be honest, as a lab director it’s a little bit scary to me because the logistics of managing that is pretty challenging,” Humphries said. “And every time you introduce complexities into your testing process, you introduce opportunities for error.”

Scaling up pooled testing to include large labs would require significant investment and time.

“In the background of a pandemic, when everyone is using every single resource 24/7 to meet the demand of testing, there was no room, no time, no personnel to invest in creating those systems to do pooling,” said Jordan Laser, pathologist and medical director at Northwell Health, a health care network in New York State. “We were all just treading water.”

Another drawback: Pooled samples in some cases can be too diluted, leading to faulty results.

“Many pooling applications will lead to diluted samples where you combine five separate samples into one, for example,” said Michael Datto, vice chair of pathology at Duke Health at Duke University. “So there is the possibility that in some pooling applications, you will miss very low viral-burden-positive individuals.”

So for now, pooled testing remains a pilot at places like Washington International School, where first grader Olivia took a turn in the swab chair. She made a cringy face during the procedure.

It turns out on this day, the school returned its first positive test since it began pooled testing around Thanksgiving. The pool was a group of adults, and follow-up tests revealed the positive individual to be a faculty member, who then had to go home and quarantine.

The school managed to stay open.

“It has been a game changer emotionally,” said Dussault, the acting superintendent in Sharon, Massachusetts, of pooled testing. “I work in the buildings. I also send two children to the schools. And for me, I feel a tremendous amount of relief knowing that were they to be stick that I can identify them quickly and get them out of the system so they don’t make others sick. And the same is true for their peers.”

Clarification (Feb. 10, 2021): This story has been updated to clarify that the 18 percent positivity rate mentioned applies specifically to Vanderbilt University Medical Center. 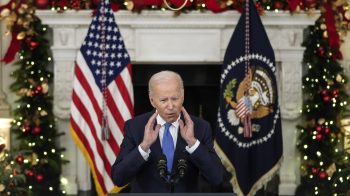 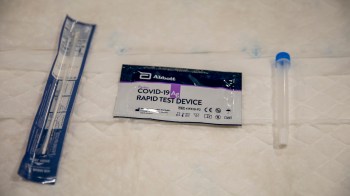